Request for instructions on the screening of Soviet movies in Croatian cinemas. 11 December 1950. Archival document 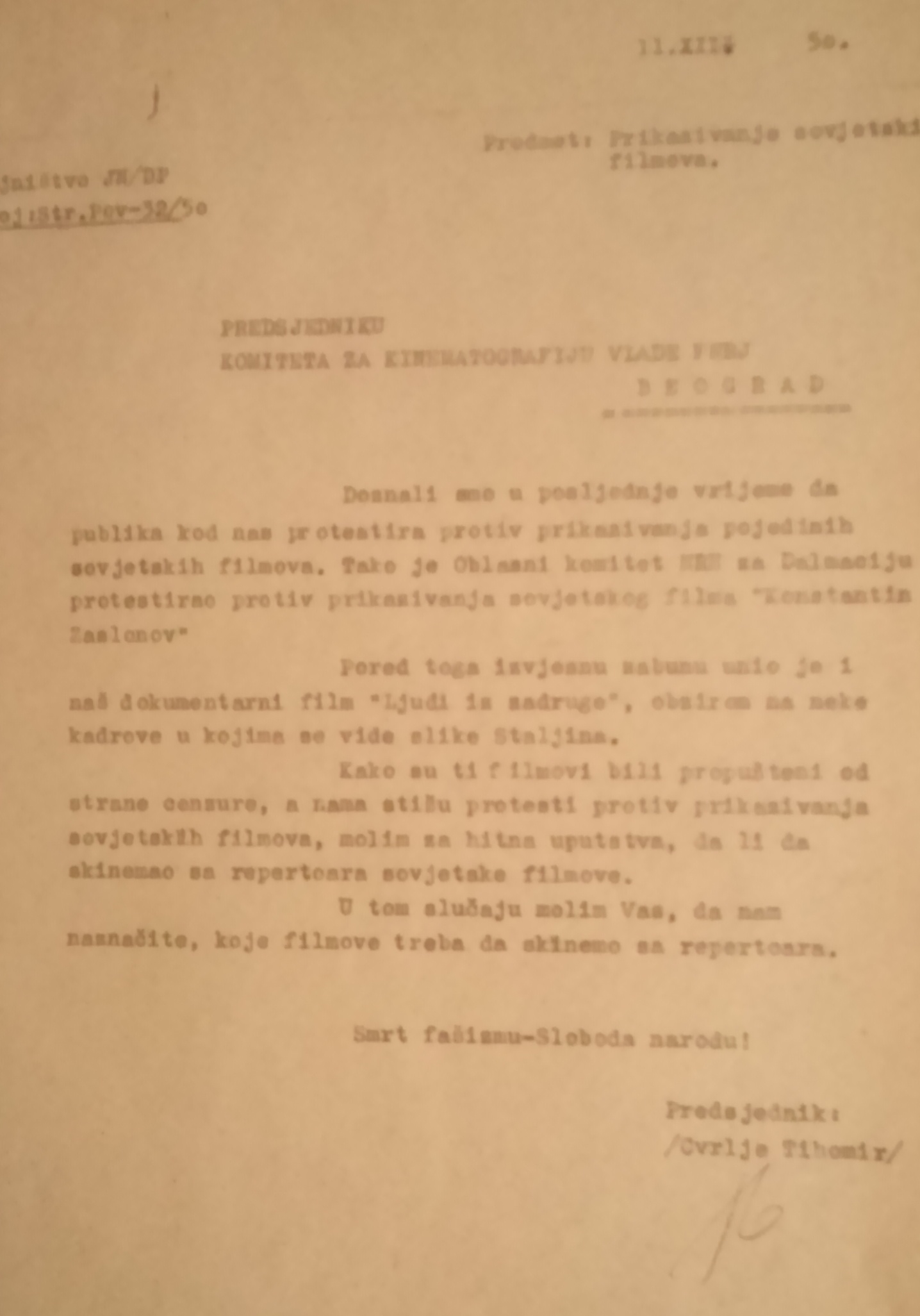 Correspondence between Cinematography Commission of the Government of the People’s Republic of Croatia (PRC) and Cinematography Commission of the Government of Federal People’s Republic of Yugoslavia (FPRY) in December 1950 on the screening of Soviet movies in Croatian cinemas, illustrates the control by the Communist Party and state authorities over the import and distribution of films for screening in cinemas, as well as subordination of film repertoires to political and ideological needs.

Films produced in communist Yugoslavia until 1948 were based on the principle of socialist realism inspired by the USSR. The entire film industry developed under the ideological principles which directed the newly established state towards Marxist and socialist cinematography (Lučić 2015, p. 23). Accordingly, cinema repertoires were dominated by films from the USSR, while the influence of movies from Western countries, which were also screened, remained slight. After the Tito-Stalin Split (Yugoslav-Soviet Split) in 1948, Soviet movies stayed on cinema repertoires across Yugoslavia, but with increasing competition from Western, especially American movies (Lučić 2015, p. 71).