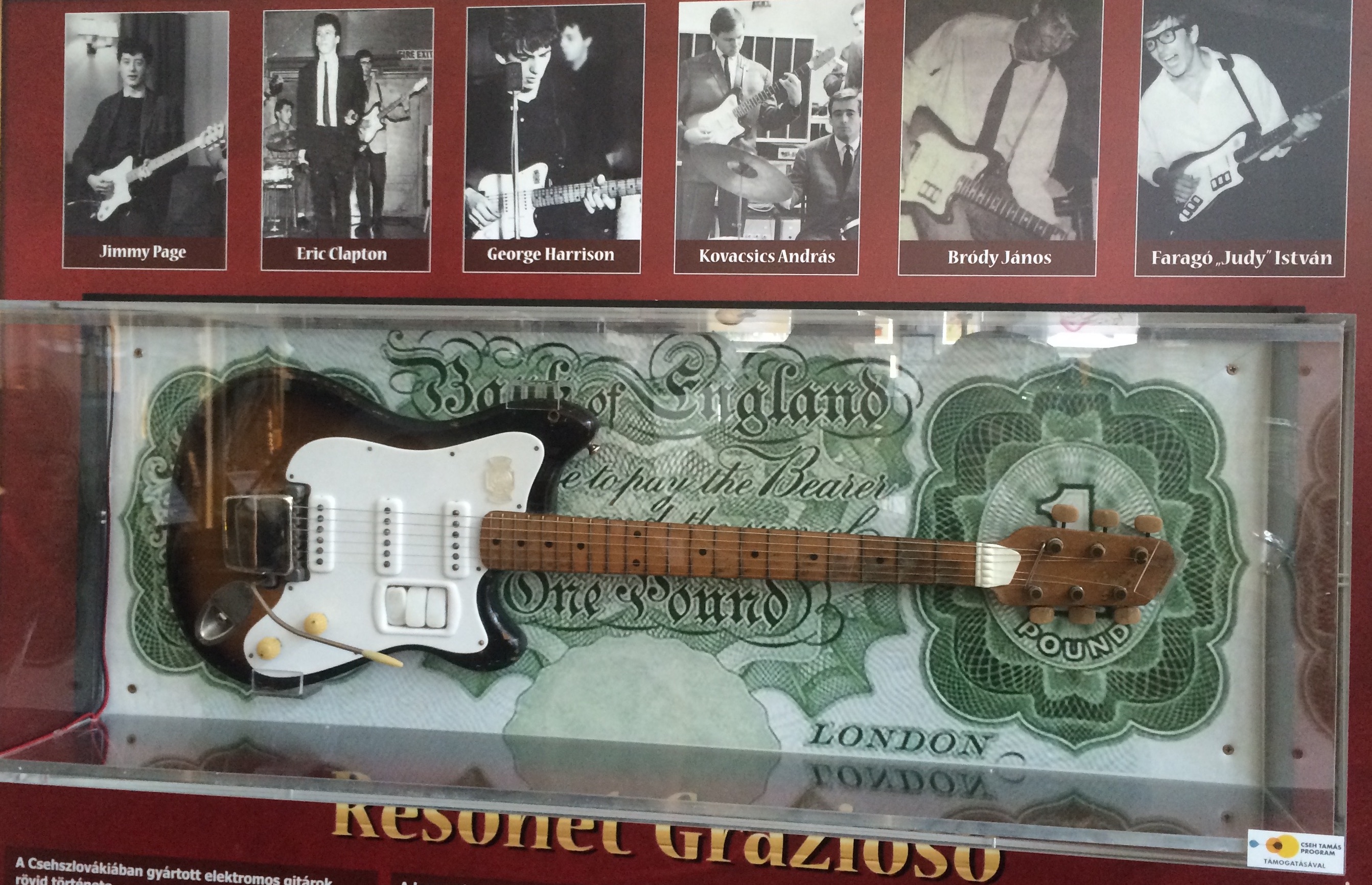 This guitar is the most valuable one from the guitar collection of Rock Museum. During the 1950s and 1960s, a Czech guitar series called “Jolana” was tremendously popular, not only in the socialist countries but also in Great Britain. It was also awarded a gold medal at the Brussels Expo 58'. Jimmy Page, Eric Clapton, and George Harrison used to play on “Jolana” guitars at the time. It is an interesting example of cultural transfer between the West and state socialist countries in a field which is considered principally the domain of “Western culture.”