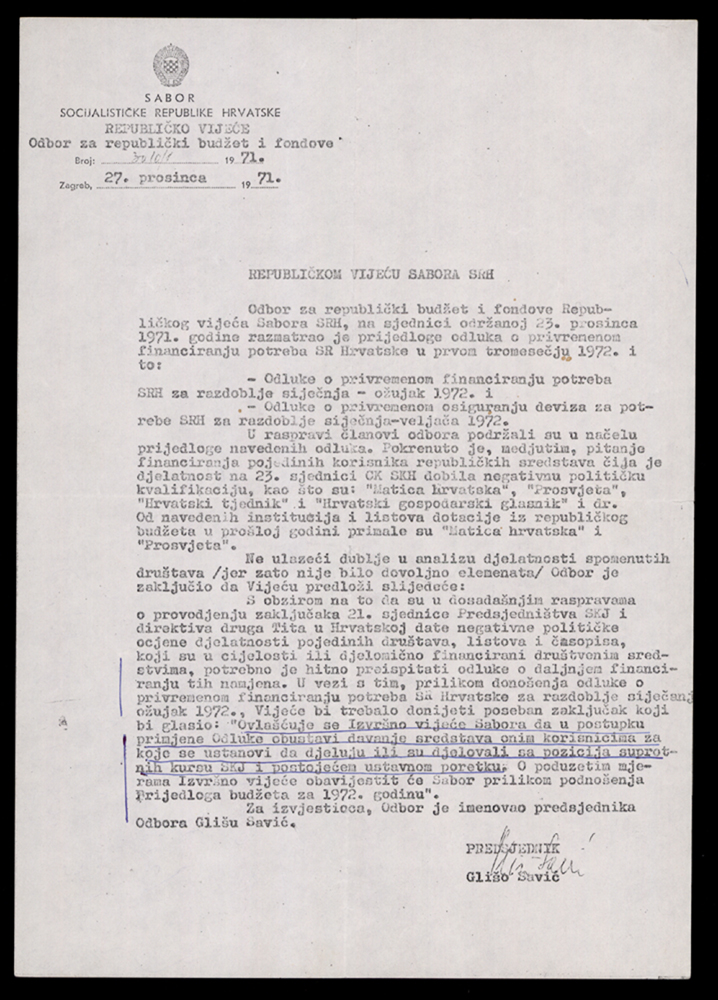 The document clearly states that Prosvjeta’s activities received a "negative political assessment" by the Central Committee of the League of Communists of Croatia, with the recommendation that the Executive Council of Parliament suspend the allocation of funds to those users "who are found to act or have acted in a manner that oppose course set forth by the League of Communists of Yugoslavia and the existing constitutional order". The document is evidence that in that period on the basis of its activities Prosvjeta was considered an opposition organization.