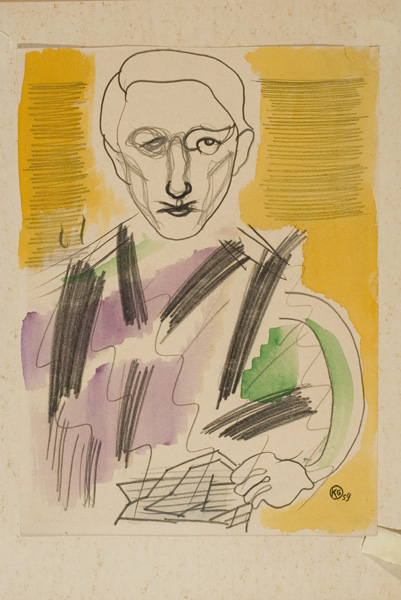 Radiologist, composer, mediator, “provacateur.” Born in Budapest in 1931. His parents were doctors from Transylvania. After his years at the church high school, he started to visit the Music Academy, but as the organ department dissolved he left and continued his studies at the medical university.

Upon receiving his diploma in 1956, he started to work as a radiologist. He also played the organ in several churches, and he began to compose music. He was the author of the first local examples of concrete and electronic music compositions. He also composed for stage productions and films.

In the 1960s, he often held lectures on modern and experimental music in private apartments. Parallel to this, he developed his archive, which over the course of the years became an unmatched collection of documents concerning the art of the era.

His nonconformist personality was plain in his dress and his attitudes, and his habits became popular among young intellectuals. In the 1960s he arranged performative events called "soirée" in his tiny room and elswhere. Many artists referrred later to his inspiring, significant role as a mediator. He discontinued his cultural activities in 1970.

Only recently became known that in 1951 he was blackmailed and became an agent of the secret police, reporting on medical and parochial, and later for a shorter period on cultural relations. However due to his growing involvement in the art scene he started to report selectively and were ousted from the network in 1962.