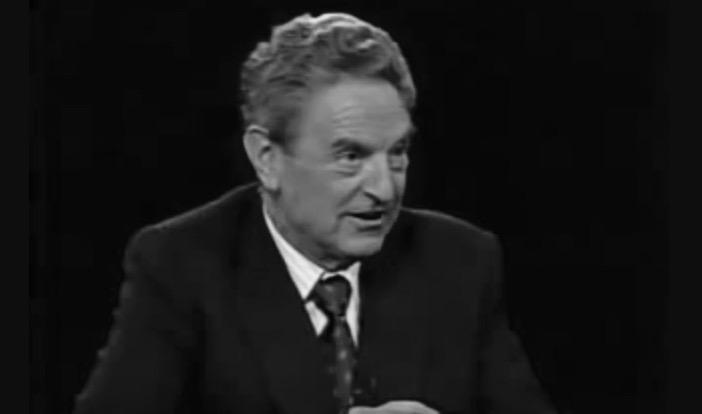 “It was not my choice that I was born in Hungary in 1930. However, it was my own deliberate decision, one of the most important ones in my life, that 17 years later I left this country. And my return with this foundation is but a late consequence of this early age choice.” These opening sentences are the most “personal” notes in the founder’s preface to the first yearbook of the Soros Foundation, Hungary (HSF) 1984–1985.

Soros used this opportunity to address the public freely (i.e. without much risk of being censored) and share authentic information and assert the principles on which his recently established foundation was based.

The was important in part simply because in the first few years the foundation was given hardly any press coverage in communist Hungary except for some short official statements published in dailies, according to which a New York stock investor had signed a contract with the Hungarian Academy of Sciences (HAS) and opened a small office in the Buda Castle district to receive applications for grants and other forms of support. Apart from this, no reports were printed and no interviews were done in the print and broadcast media. Even in 1987, Soros and his secretary staff still had to fight for the right to publish lists of successful grantees at least in HVG (the three-letter abbreviation used for an earlier title of the same periodical, Heti Világgazdaság, or “Weekly World Economy”), an economic weekly. The first principle Soros insisted on, thus, was the importance of free and permanent control by the pubic (instead of by the party and the secret police) of the operations of his foundation. Similarly, he asserted a number of other safeguards as a founder. He maintained the right to choose his personal colleagues, to decide on his own on the amount of his yearly donations to be spent (which began at one million dollars and grew to nine million dollars by 1990), and to exercise a veto in all strategic or personnel decisions, i.e. decisions concerning curators, projects, grants, prizes, etc.

As for the applications and projects, Soros readily informed the public about ongoing practice and plans for the future. The foundation wished to maintain the individual system of both dollar-based and forint-based grants and support. The Literary and Social Science grant systems were running successfully, but they also planned to test and introduce some new projects which offered support for study abroad and research grants and support for conferences, as well as funding for filmmakers, theater groups, and artists active in the fine arts. Applicants who fell in other categories were equally welcome to submit inventive workplans and new, creative initiatives.

Finally, Soros sought and offered a confident partnership to all: “We need the help of the larger public, after, all the success of our foundation can only be ensured by the applicants’ talent and inventiveness, and the reactions of Hungarian society.”