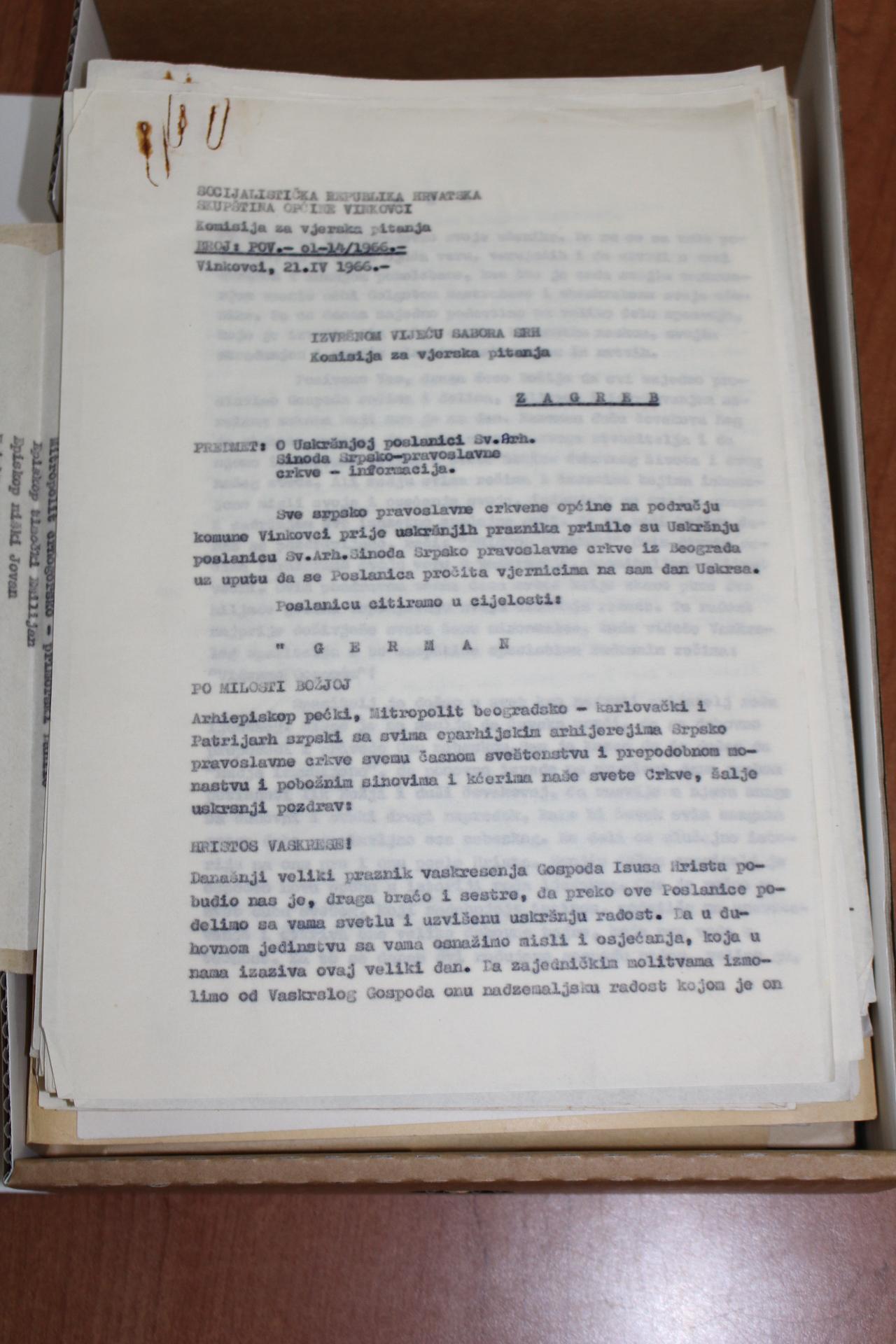 The letter of the Commission on Religious Matters of the Vinkovci Municipal Assembly to the correspondent commission at the republic level on the activities of Serbian Orthodox Church at the time of Easter in 1966   contains the entire epistle that was read in all Orthodox churches in the Vinkovci Municipality. This was an example of how the regime also attempted to exert control over the Serbian Orthodox Church by collecting the information on almost all of its religious activities. As a religious institution, the Serbian Orthodox Church was also regarded as a source of anti-socialist policy. “In addition to increased activity by the Roman Catholic Church, we may also notice in the Orthodox Church a growing activity, which can be seen in the number of believers, organisational arrangement, the formation of ecclesiastical associations and the new religious buildings,“ it says in the letter.