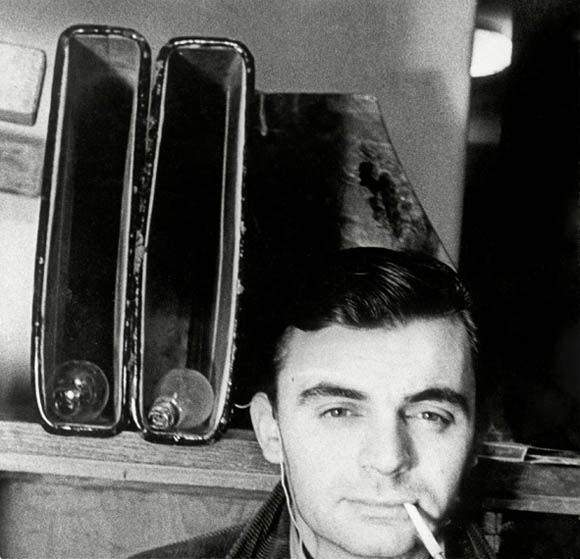 The Croatian conceptual artist, film director, actor and performer Tomislav Gotovac was born in Sombor, Serbia, on February 9, and died in Zagreb on June 25, 2010. Since 1941, he lived and worked in Zagreb, where he graduated from the classics gymnasium, briefly studied architecture and worked as a clerk in a bank and a hospital. He moved to Belgrade in 1967 and graduated from the Academy of Dramatic Arts in 1976. After graduation he returned to Zagreb.

Gotovac was considered a pioneer of performances in Yugoslavia, with the first one staged in Mostar in 1954. He is best remembered for his performances, as well as displaying his own naked body in them. He published his actions (performances) in the youth university student magazines Student list and Polet. Other domains in which he has left a significant mark are directing and acting. One of Gotovac’s most significant performances was participation in the film Plastic Jesus in 1972, after which he was politically persecuted and barred from graduation until 1976. According to Zora Cazi-Gotovac, the artist did not how Lazar Stojanović would direct the film, and was unpleasantly surprised to see the film assume a political dimension.

Gotovac was a member of the Croatian Association of Artists (HDLU), and received their Lifetime Achievement Award in 2007. In honour of his mother, he changed his name to Antonio G. Lauer in 2005. After the artist's death, his wife and daughter, with the help of the art historian Darko Šimičić, founded the Tomislav Gotovac Institute. The Institute was established in 2012, and it contains Gotovac's legacy and a rich archive.

Gotovac said of himself that he always strived to be different: ˝I know what most people think about my work, character, and opus. Ever since I became artistically conscious, I have never belonged to anyone. I've always been some sort of avant-garde, although I do not like to use the word avant-garde, it's foreign to me.˝