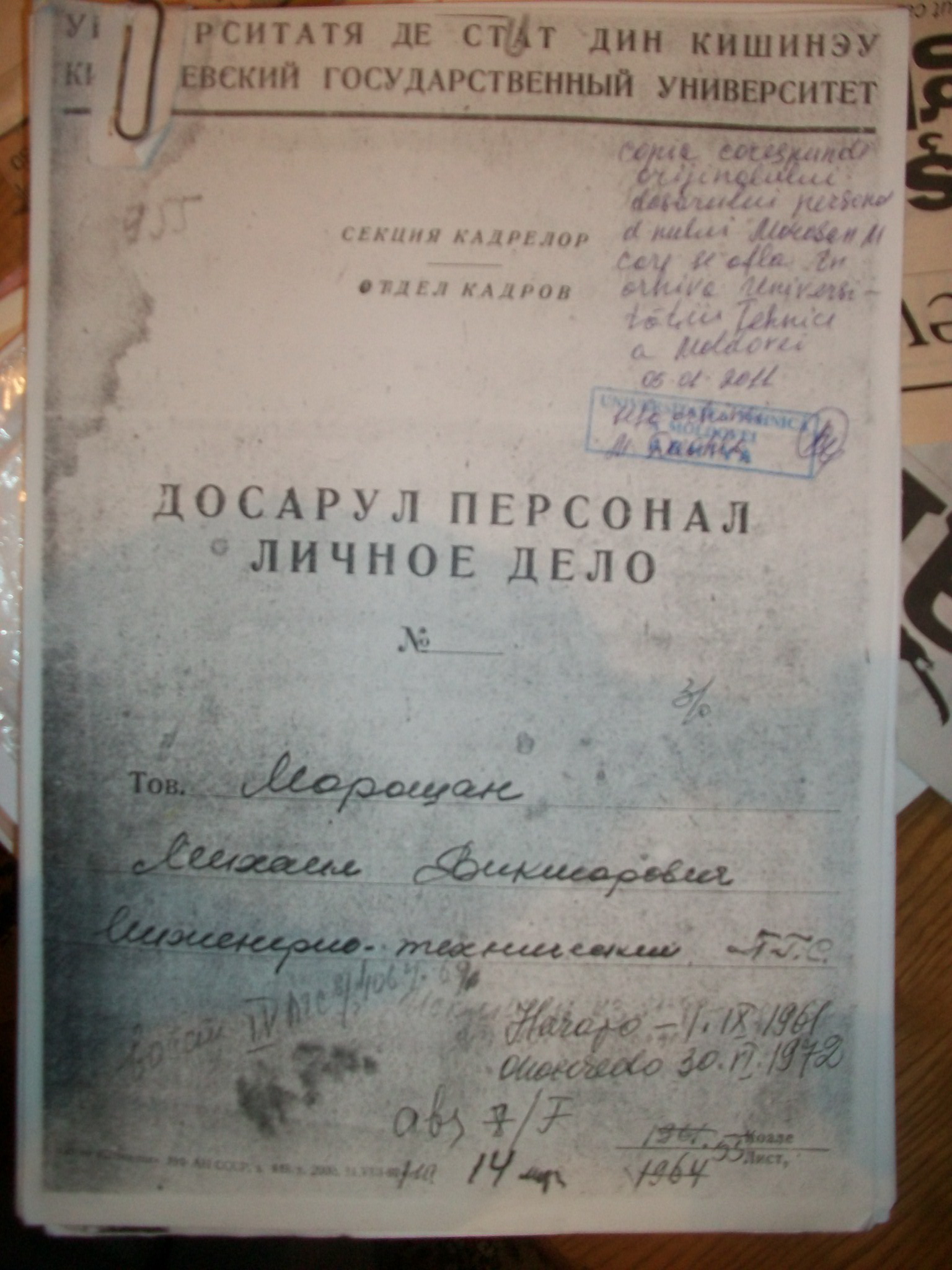 The Mihai Moroșanu Private Collection comprises various materials relating to the anti-regime activity of Mihai Moroșanu, one of the most famous Moldovan dissidents of the Soviet period, well-known for his staunch criticism of the regime and for his strong nationally oriented views. The collection consists of a number of personal files, interviews, photos and judicial materials relating to Moroșanu’s case, spanning the period from the early 1960s to the early 1990s. Due to his uncompromising resistance to the Soviet regime, Moroșanu is one of the very few authentic dissident figures in the Moldovan context.