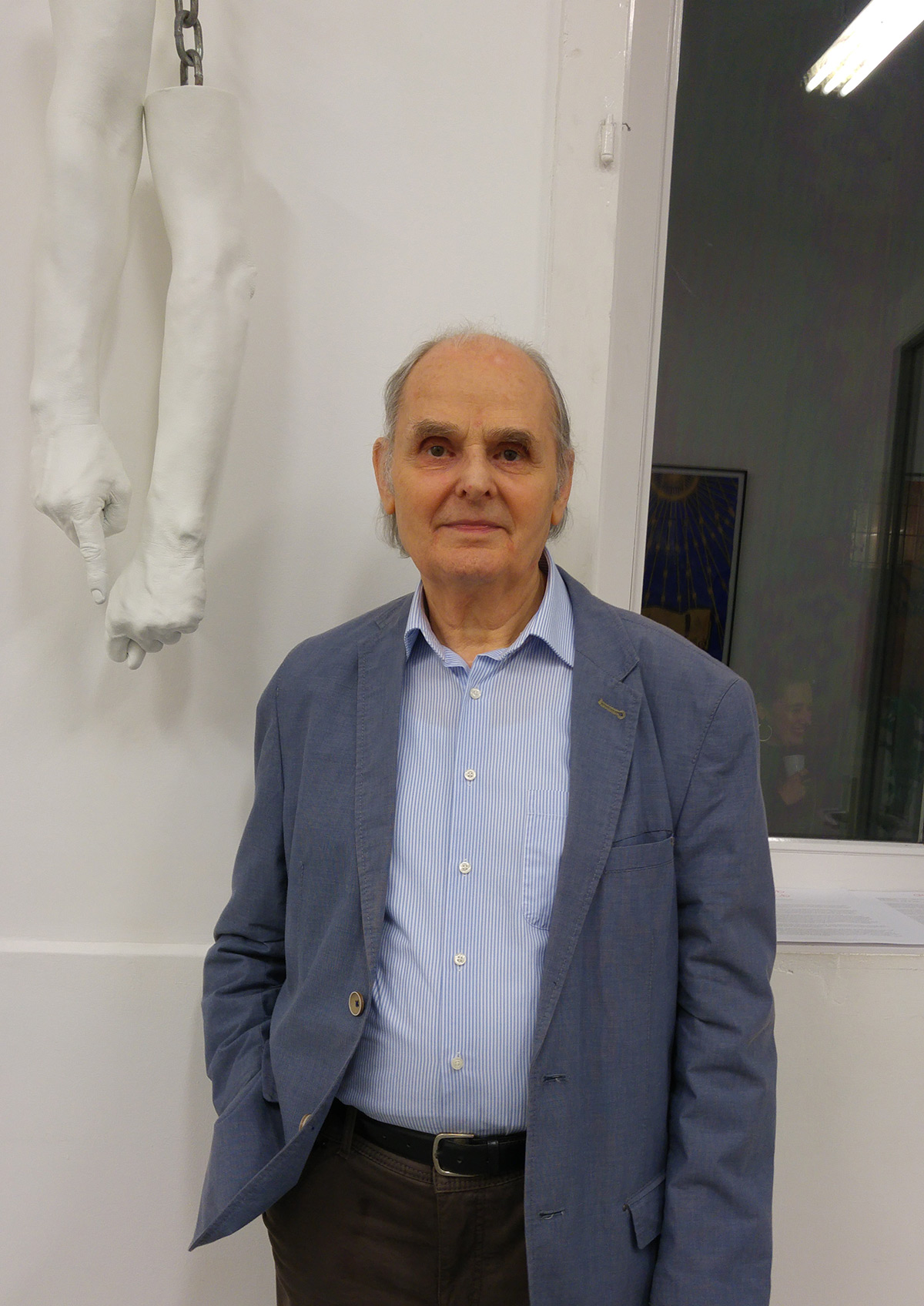 Painter. Studied at the Hungarian Academy of Arts between 1958 and 1963. He was a member of the Zugló Circle in the first half of the 1960s. Beginning in the mid-1960s, the structure of his works was geometric. In addition to studying local progressive traditions (Kassák, Korniss, and the European School), he also followed the development of international trends. In 1968 and 1969, he exhibited at the Iparterv exhibitions. He was a founding member of the Budapest Studio. In the early 1970s, he had a conceptual period, and he created works produced with photography, text, and offset collages. He studied the structure of images and the semantic aspects of signs. In the second half of the decade, he returned to painting. Aside from the lessons learned from his own hard-edge works of the late 1960s, he was also influenced by signal art and postmodernism. Traces of folk art, among other traditions, are also apparent in his use of motifs. Beginning in the 1990s, he created compositions related to building structures; later, he turned to emphasizing the depths of space. In the late 1980s, he was involved in teaching. His theoretical writings are also significant.