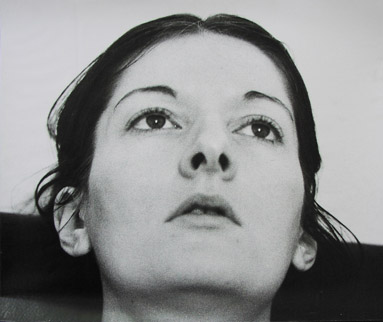 Marina Abramović was born in 1946 in Belgrade. She graduated from the Academy of Fine Arts in 1970 and continued post-graduate studies at the Academy of Fine Arts in Zagreb, which she completed in 1972. Between 1970 and 1973, she took part in the shows and activities based at the Student Cultural Centre in Belgrade with the Group of Six Artists. From the beginning of her career in the early 1970s, she was interested in performance as a form of visual art, using the body as a subject and medium. In her performances, she explored spiritual and physical endurance. She left Yugoslavia in the mid-1970s and moved to Amsterdam where she worked on performances together with her professional and personal partner, Ulay. They worked together for thirteen years. In their joint performances, they explored the parameters of power and subordination between themselves as artists and the public. After 1988, Abramović began to work and exhibit on her own. Today, Marina Abramović is an acclaimed performance artist internationally and has shown her work in leading museums worldwide. Since leaving Yugoslavia she has never returned, and today lives in New York.