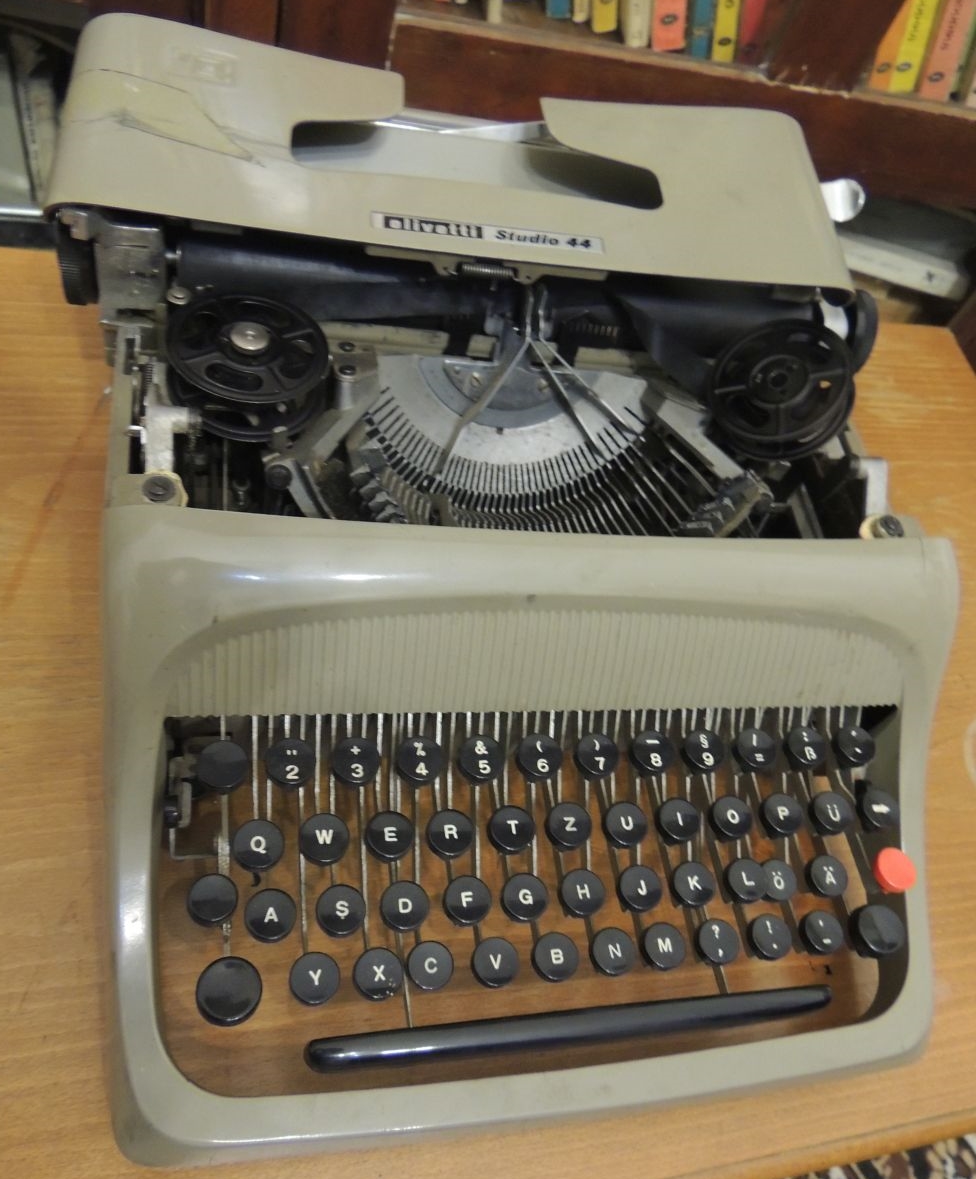 The typewriter in the Ion Monoran Collection is the Olivetti “Studio 44” that the poet and revolutionary used when he transcribed and organised his poems and journalistic writings. It was purchased at a price of 2,000 lei, which at the time was equivalent to a teacher’s monthly salary. Ana Monoran recalls that he bought it in 1984, the year in which their daughter Oana was born. This means that his possession of such an item came under the provisions of Law 23 of 1971 and Decree 93 of 1983. Under the terms of the former, which dealt with the protection of state secrets, typewriters, duplicating machines, and photocopiers had a similar status to weapons, ammunition, and explosive substances. Because duplicating machines and photocopiers had great subversive potential, Decree 93 of 1983 forbade their possession by physical persons. The same decree mentioned that, out of all the means of multiplying texts, “physical persons may only possess typewriters.”

The status of typewriters was severely regulated. Anyone who acquired or inherited a typewriter had to register it within thirty days from the date of acquisition or inheritance. In order to have a typewriter legally in one’s possession, it was necessary to have an authorisation of possession and use, and at the moment of obtaining this authorisation, one had to provide a “writing sample” for the typewriter in question. The “writing sample” had to be renewed each year, so that the communist authorities could have as accurate as possible a record of typewriters and would be able to detect their use for the multiplication of clandestinely disseminated materials.

Ion Monoran’s Olivetti “Studio 44” typewriter was used to put together many of the materials published after December 1989 in the newspaper Timişoara, a paper that is an emblematic for the local mass-media after the fall of communism. Indeed, for many weeks Ion Monoran accommodated the editorial office of this publication in a room in his home.