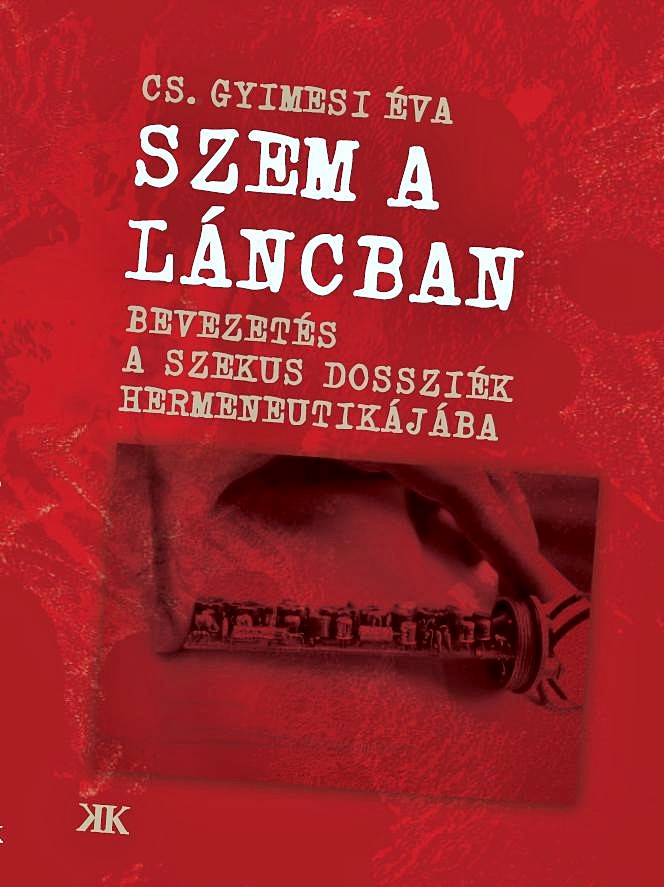 The publication of this book marked the moment when Gyimesi opened up about her experiences of being confronted with, reading, and processing the secret police “collection” of files on her person. The book launch event took place on 18 November 2009 in the Tranzit House in Cluj-Napoca, within the framework of a series of events called “The Human Pyramid: Discussions about Party State Dictatorship.” Gyimesi tries to understand the mechanisms of the dictatorship in her capacity as a piece in a chain, as the subject of a top-down system. She tries to offer insight into the secret police mode of operation outlined in the texts of the first volume of her informative file, presenting the victims of a society totally controlled by the party-state, as well as the collaboration with the system, trying to locate herself and other figures in the larger picture. The selected word is hermeneutical in the broadest sense of the word with the author refraining from a closer, more in-depth study of the texts on file. At the same time the secret police files are not reliable from the hermeneutical point of view, because the secret police officers in question interpreted things in such a manner as to offer their superiors the materials they liked to receive. Gyimesi was interested to learn what factual and literary theoretical points of view can be identified upon a subsequent reading of such a material. Obviously she takes into consideration their value as documents, however, her particular way of thinking and approach drives her to also use this material professionally. Her volume is an attempt at doing this and it is also interesting from the point of view of reading theory to see how she returns to these, how she finds her way in them and, practically, the levels at which she creates connections in the meantime (István Berszán’s statement). When reconstructing the past, Gyimesi avoids being trapped in those points of view the Securitate set out to follow, and tries to keep the Securitate from determining what should be said and remembered even decades after the events. By making comments, Gyimesi relates to these records, introduces subsequent knowledge and references to their interpretation, thus questioning also the set of criteria applied in these documents; this is another aspect of relating hermeneutics to the documents (József Imre Balázs’s statement). Gyimesi’s undisguised aim with this book was to set an impediment in the way of nationwide oblivion which ultimately eliminates responsibility on the part of those supporting and serving dictatorship. Last but not least, she tries to raise some empathy in the reader towards those who were once monitored and harassed, and to bring the younger generations who have not known dictatorship, closer to understanding the degree of past “freedom.” According to her, the files are unsuitable for granting access to the “truth” about the secret police as an institution. Their language is defined by the ideologically biased, “official” image of reality of the actors involved (officers, collaborators, informers, etc.), the “robot image” created of the target person and the flesh-and blood person are not identical (Cs. Gyimesi 2009).