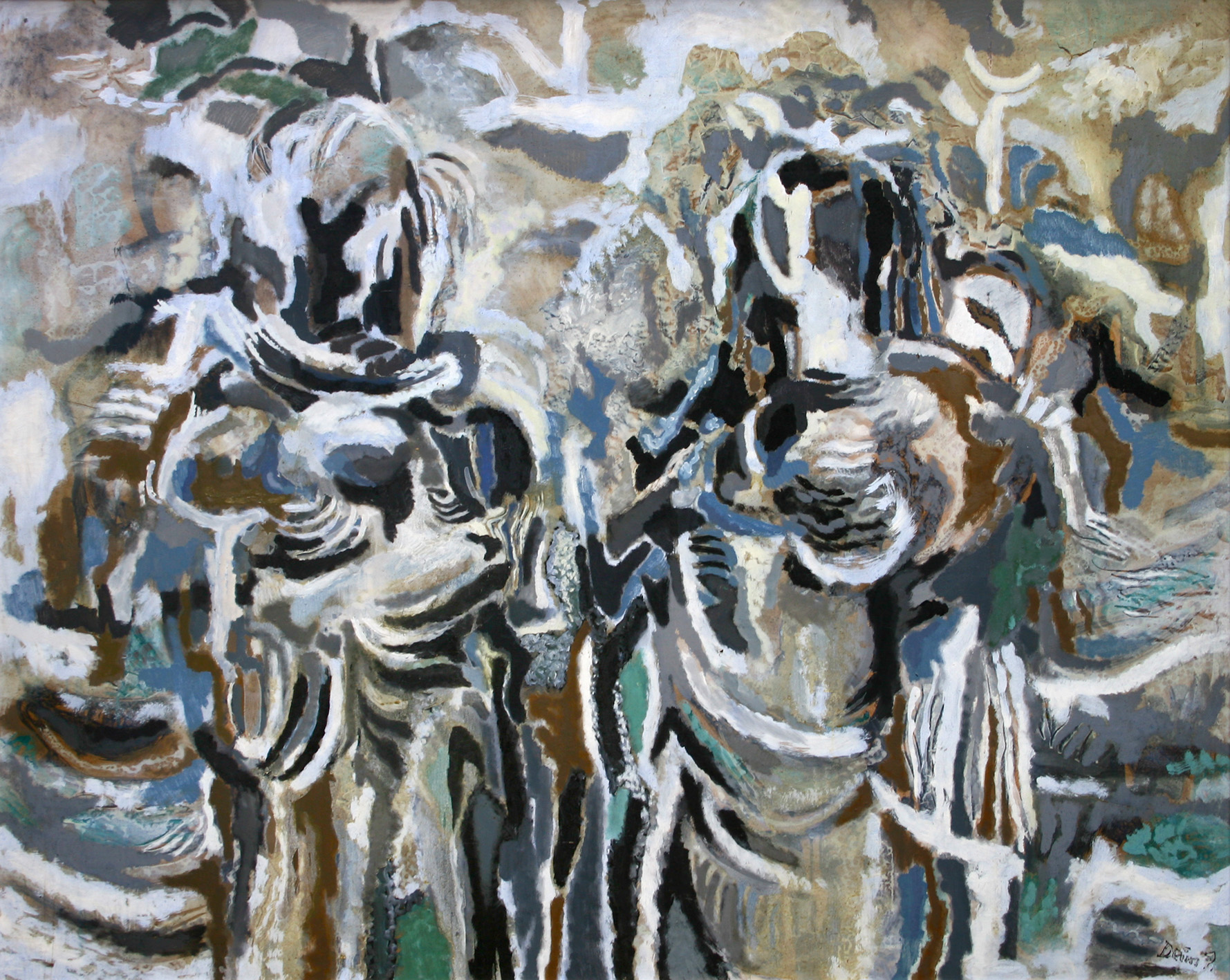 The painting dates back to the approximately ten-year-long existence of the Zugló Circle, specifically, to the years when its members were influenced by the French abstract expressionism. This period is a brief but important manifestation of Art Informel in Hungary. The trend emphasizing the freedom of expression had special significance in the Hungarian context in the early sixties because it opposed the socialist realist aesthetic principles prescribed by the cultural policy of the Kádár regime. Taking sides with the autonomy of art had a political undertone, which was an important feature not only of the neo-avantgarde endeavours in Hungary but also in other parts of Central and Eastern Europe.

The painting is also important from the perspective of exhibition history because it was displayed at the Zugló Circle's exhibition ÚT – Új Törekvések in 1966, which was banned by the Lectorate of the Fine and Applied Arts immediately after the opening. The exhibition was organized at the airport (MALÉV KISZ Club) and included works by Imre Bak, Pál Deim, Tamás Galambos, Endre Hortobágyi, László Lakner, Sándor Molnár and István Nádler. The unusual site was chosen because it would not have been possible to organize an exhibition at an official venue, especially after the group’s banned exhibition at the Academy’s KISZ Club in 1963.