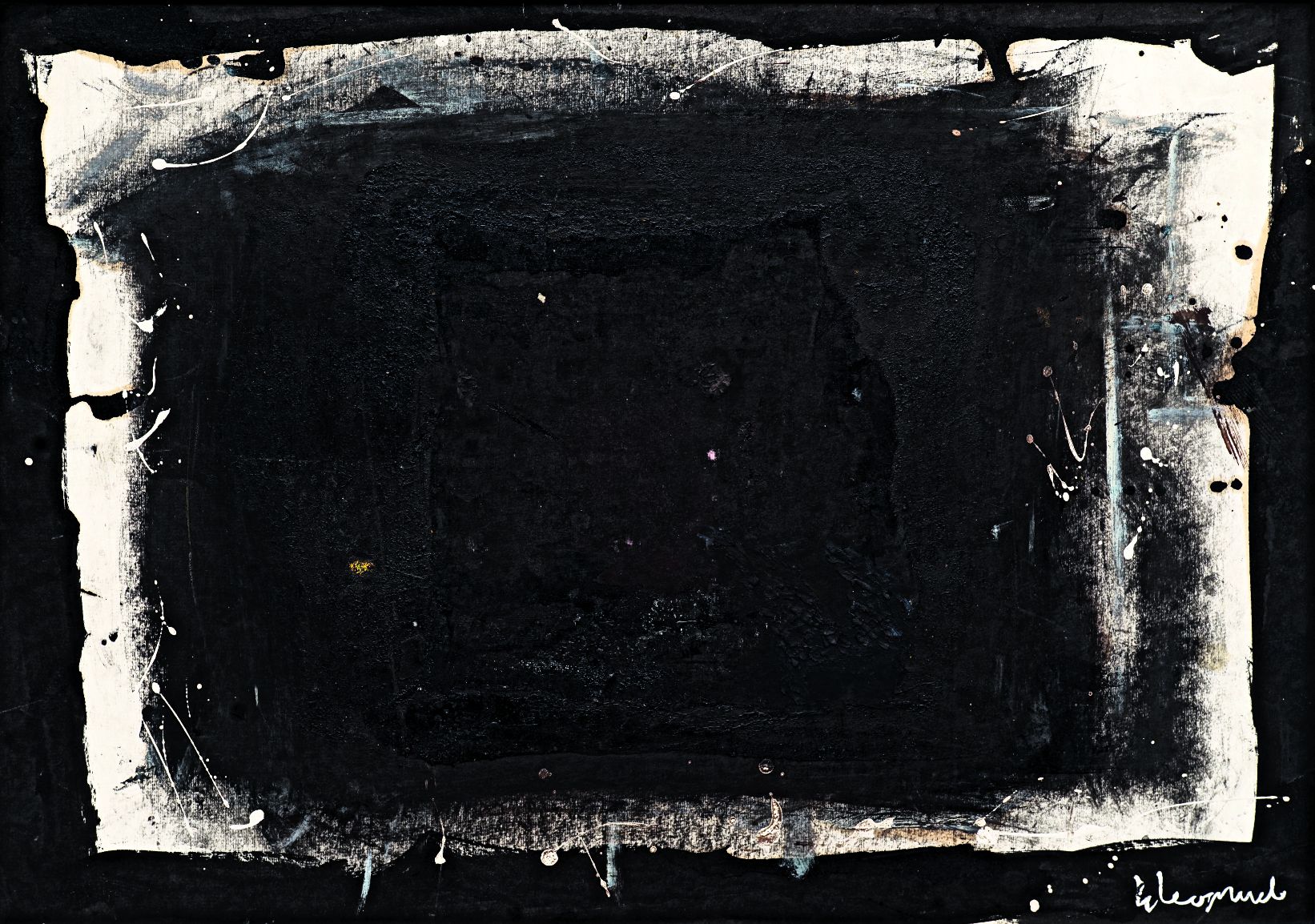 Ivan Georgiev – The Rembrandt was one of the "unknown" painters in the 1970s – 1980s; later on, he was recognized as the founder of the "abstract expressionism" in the Bulgarian fine arts.

After September 9, his parents together with their five children were interned from the capital to the village of Kovachevitsa, near Samokov. Ivan Georgiev was admitted in the High School of Arts in Sofia and in the "N. Pavlovich" Higher Institute of Fine Arts. He was nicknamed "The Rembrandt" because of his knowledge and referring to the work of this painter. Georgiev was notable for being an outstanding student in painting. His artistry was highly estimated and he won several prizes – the prize of the Central Council of Trade Unions for the poster "Never" (1963), a prize for artistic sketch (1965). However, there are documents preserved in his file at the Academy which show that the Academic Council did not give him the "right of diploma work". The arguments are not clear; probably, there were problems with his origin, obedience and composition. In the period of socialist realism, the figure composition was the most important genre, especially in academic training. The heroic-partisan and the working-peasant themes were still the only ones allowed. Still a student at the High School of Arts, Ivan Georgiev did not like composition (he had C in composition) and until the end of his life he rarely drew figure compositions.

The first attempt of Ivan Georgiev – The Rembrandt to take part in an exhibition in 1966 (probably in the Joint Art Exhibition of 1966) was actually his last one. His painting was rejected by the jury. This, together with his personal drama (the early death of his mother shortly before that), led to his choice of total refusal to participate in juried, directed, adulated and encouraged art. He painted without an audience and exhibitions. Georiev chose the art underground and the freedom he suffered for by living in constant penury.

Initially, he painted portraits, landscapes and still lifes. The portraits are unusually absorbed in, with the dramatic effect of the pain, the suffering, the view in the world beyond, the absence caused by this view. They are antipodes of the self-confident, optimistic, cheerful heroes, the ordinary children of socialist realism. The power of the dramatic which Ivan Georgiev bore excludes compromising the truth and sacrifices in the name of success.

From now on, Ivan Georgiev compared himself only to the achievements of selected, mostly temporally and spatially distant painters; an interaction which caused transition through various styles and characterized by complete neglect of the rules of the specific artistic style.

"Judging by the portrait of his father, probably, the painting of Ivan Georgiev began to retreat from the world of the visible in the late 1970s – a process that lasted several years and ended in the mid-1980s. The transition to abstract portraying began with the disintegration of the form. This journey could be best traced in his landscapes where there are still visible remains of contours of trees and houses. The technique reminds of the late Monnet but is more expressive and with a dynamic that comes from the motion of the brush and the contrast of the colours." (Iliev 2008)

Ivan Georgiev – The Rembrandt left over 1000 paintings; today, most of them are property of private collectors. Since the beginning of the 21st century, there is a process of "revealing" the painter and his works in cultural programmes and exhibitions.

The first exhibition of Ivan Georgiev – The Rembrandt was made in 1997, after his death, at the Vitosha Gallery in Sofia by Maksimilyan Kirov. In 2008, a retrospective exhibition of the painter was opened at the Sofia City Art Gallery with Krasimir Iliev as a curator.