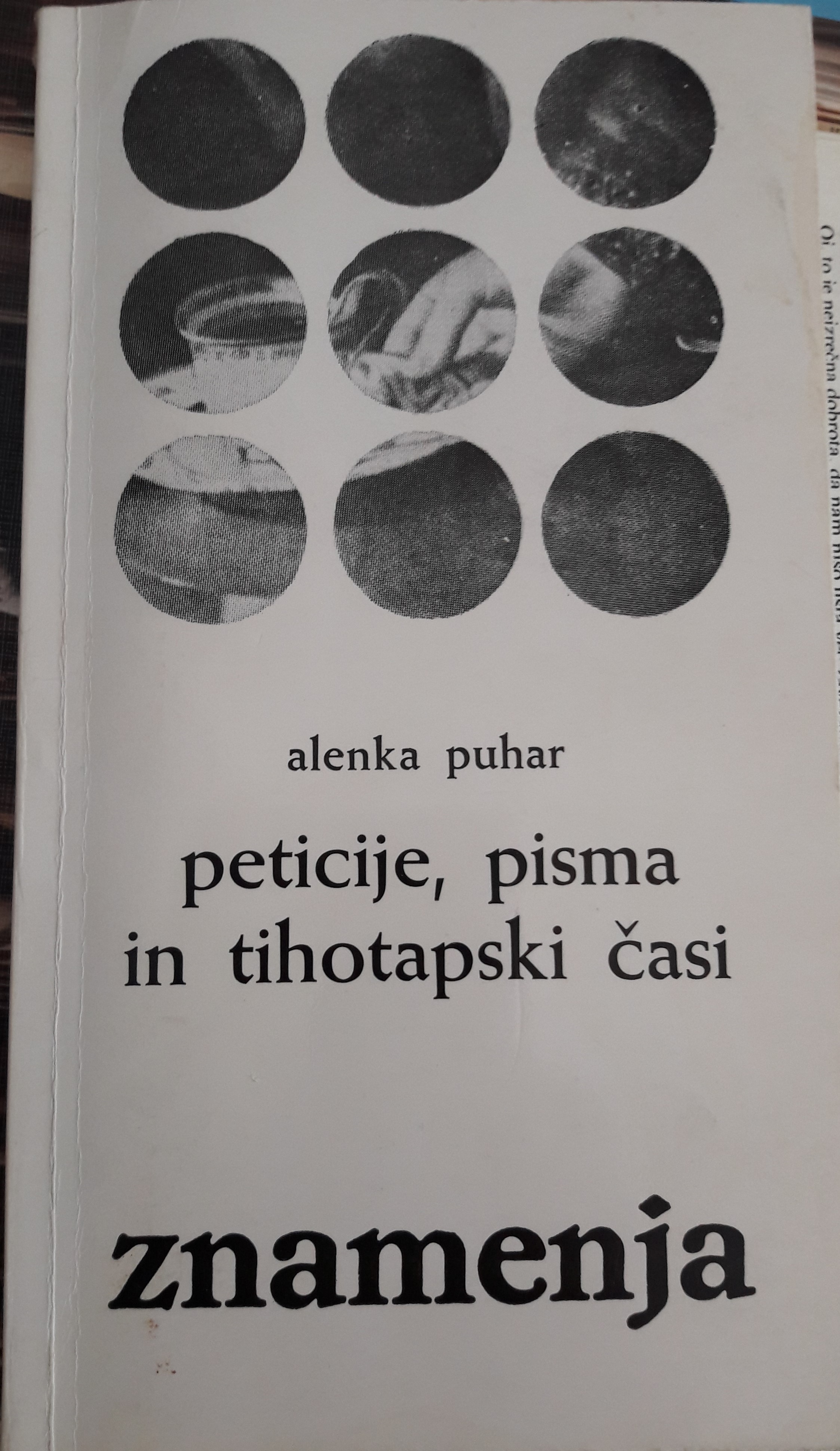 Based on the materials from her collection, Alenka Puhar published the book Peticije, pisma in tihotapski časi (Petitions, Letters and a Time of Smuggling) in Maribor in 1985. The book was based on her experience of participation in the petition for the abolition of the death penalty in Yugoslavia, which was conducted at the end of 1983. A group of citizens, including Alenka Puhar, sent the petition to various institutions, including the Assembly of the Socialist Federal Republic of Yugoslavia. The petition was not successful because the death penalty was abolished only in 1989, but it paved the way for new civil society campaigns in Slovenia, which had their peak in the Slovenian spring at the end of the 1980s, and in the collapse of the communist regime followed by the establishment of the independent Republic of Slovenia.