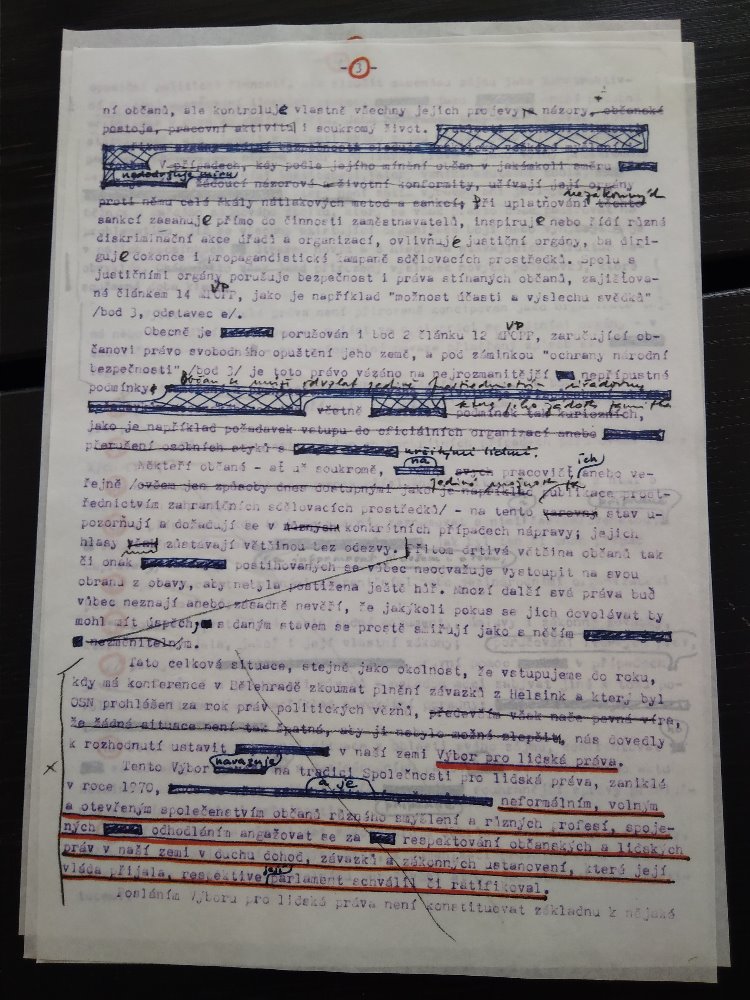 The five-page first version of the Charter 77 Declaration was established in the second half of December 1976 (date 26 December 1976), its basic content was agreed on the 11th December of the same year. Red notes were from Václav Havel, pencil notes from Paul Kohout. The declaration is a founding document of the Charter 77, which criticised state power for the non-observance of human and civil rights in Czechoslovakia. Originals of three drafts of this Declaration was handed over by Pavel Kohout to the contemporary Swiss Ambassador and after Kohout´s forced exile the texts were returned to him. About next 25 years these versions were deposited in Vienna and in Prague and since 2012 have become a part of the Moravian Museum´s collections. Because of the material’s high value, a copy of the Declaration is very often exhibited, illustrating the mapping of the Communist regime.