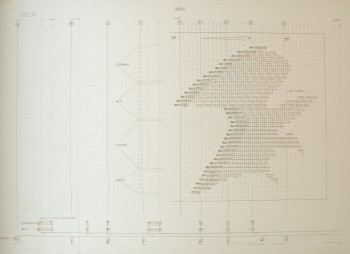 Imprints of Sound is a work written in 1982 for a mixed choir, which was performed the following year by the Choir of Belgrade’s Radio and Television. What distinguishes this work as an example of Hofman’s contribution to cultural opposition is the direct influence of contemporary trends of verbal-vocal-visual poetry that connects music with other media. This piece stands both as an example of Hofman's work in the early 1980s and as an example of avantgarde in Yugoslav music.

Hofman entered the field of visual art in Imprints of Sound, where music was also represented graphically. For example, in the piece called Eagle, the choir sings only the word “eagle”, the score is in the shape of eagle, Hofman describes the musical content as “made of deep male voices, as the foundation, over which something is hovering.” Hofman also states that many of his works allude to the visual: “I always have sound coming, going, transforming, but not in direct images.”