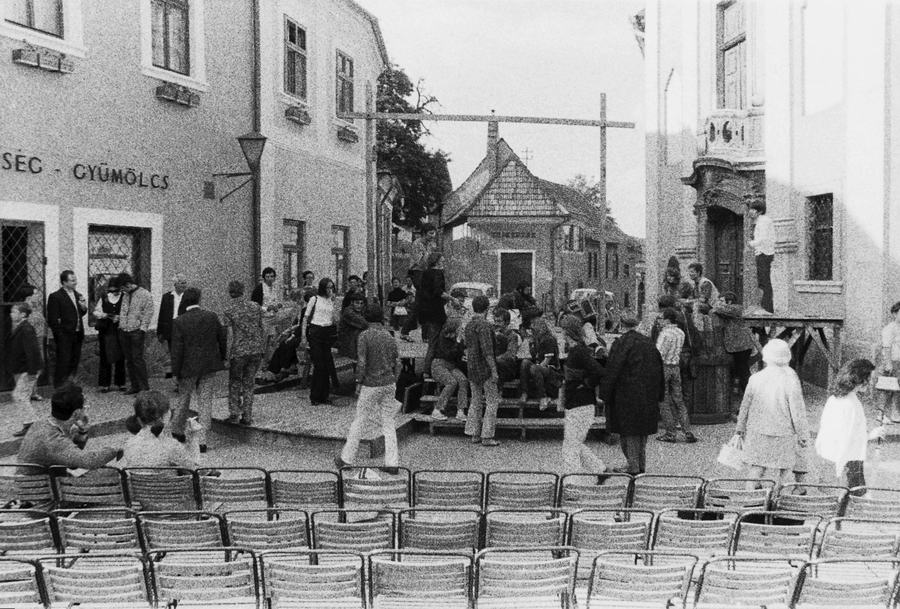 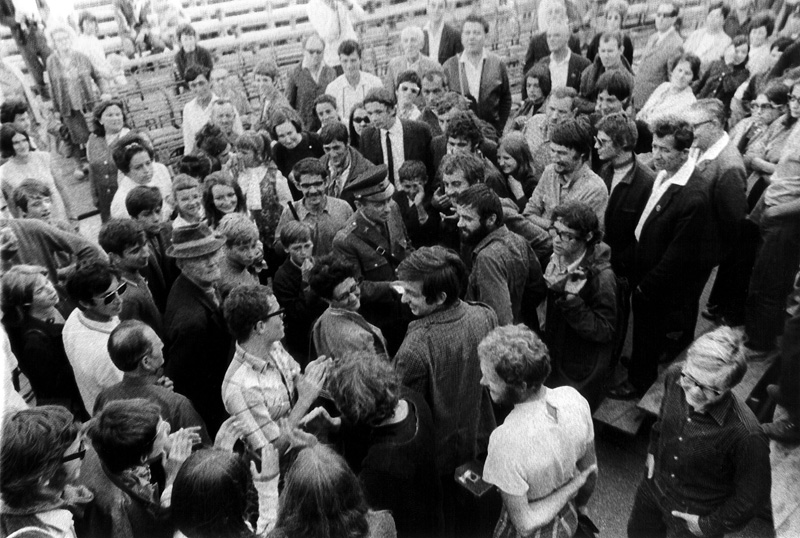 The Nalaja happening (in honour of the withdrawal of an idea into a lunatic asylum) was a spontaneous action held by young artists in Szentendre on 26 July 1970. They wanted to celebrate and emotionally support a friend who had himself put in a mental hospital in order to avoid having to do military service.

A stage was set up every summer on the main square of the city, where theatre performances were held in the evenings. During the day, the stage lay abandoned. They thought it would be an ideal location, and so they agreed the evening before that they would recite poems (to nalaja is an invented term meaning to speak flawlessly based on a free association of ideas, a kind of improvised surreal rap) while playing on the flute and drum and presenting funny objects to tourists.

They went to the site at 3 pm and performed the action. At the end, a local policeman came and started to check IDs, so tourists and the participants stood around him. A voluntary policeman from a distance misunderstood the situation and called for more police units. It became a major raid, and everyone was taken to the police station, including friends and journalists who just happened to be present.

The participants were suspected of being part of an “organized conspiracy” (they learned this only years later), since during searches of their homes the police found the guestbook of an open air exhibition with some 400 addresses of visitors (who voluntarily gave their addresses in order to be sent invitations for the next exhibition), including East German and Czech citizens.

It took a long time to check all the names, so the participants were kept in custody for six months. After a six day trial at the City Hall they were charged with having “deliberately and in unison disturbed the peace.” They were sentenced to serve precisely the amount of time they had already been held in custody, with the exception of one journalist, who was also accused of having assaulted an officer.

Only a few photographs of the event remained by favor of György Hegedűs, a young photojournalist who was also present at that ominous sunday afternoon.