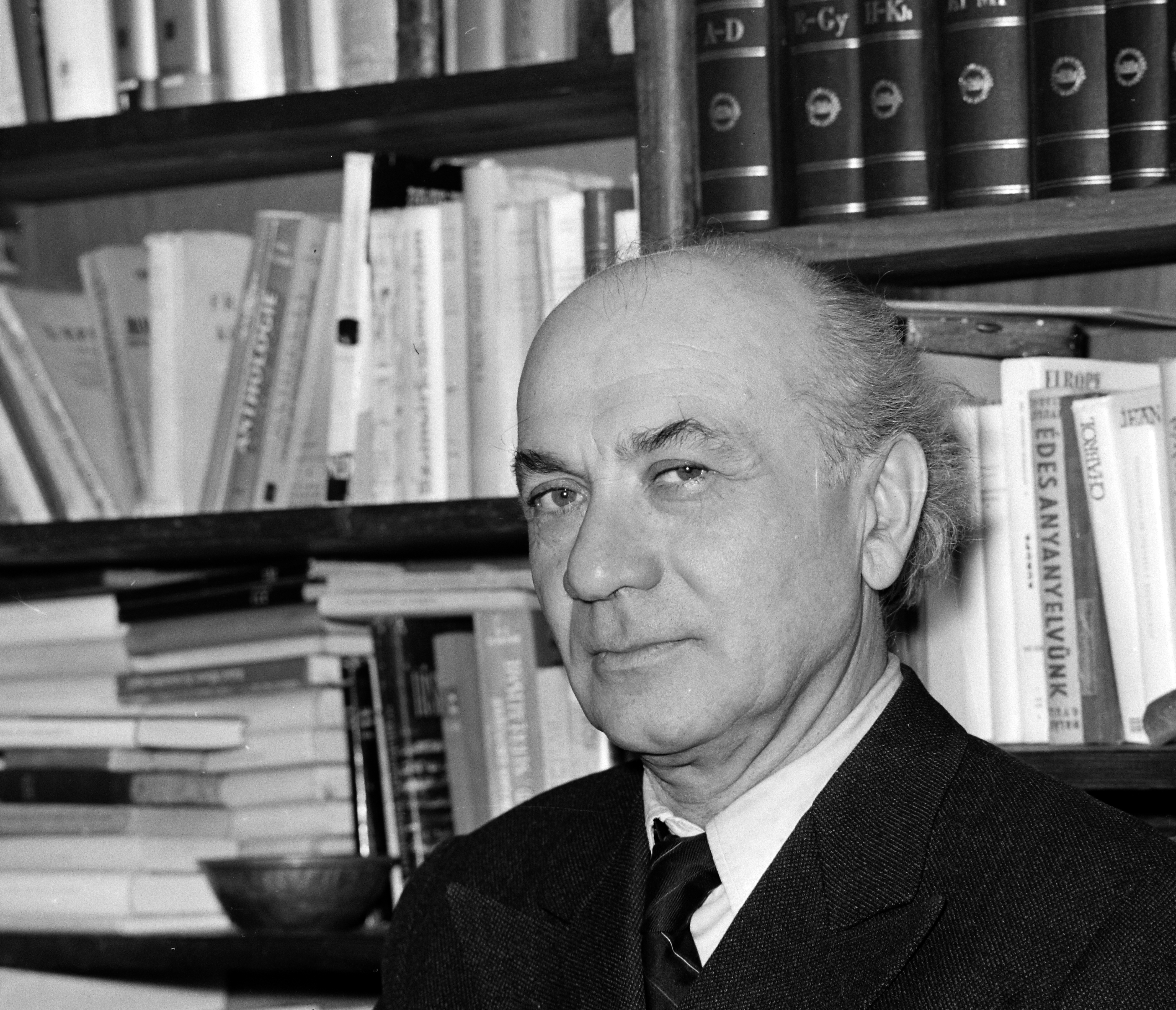 Gyula Illyés (1902–1983) was a Hungarian poet, writer, dramatist, translator, and outstanding figure of Hungarian literature in the twentieth century. He was born in Felsőrácegrespuszta to a peasant family. He studied in the high schools of Dombóvár and Bonyhád. After his parents’ divorce, he moved to Budapest with his mother in 1916, where he finished his high school studies. He published his first printed poem in 1920. Between 1917 and 1921, he studied at the Commercial School of Izabella Street, where he graduated. In 1921, Illyés enrolled in the university of Budapest, where he studied Hungarian and French language and literature, but as he took part in illegal left-wing activities, he had to emigrate to Vienna at the end of the year. He later moved to Paris. In France, he took part in the cultural work of the emigrant Hungarian trade union and the circles of the labor movement. He became friends with several French avantgarde, surrealist, and Dadaist writers. He got amnesty in 1926, so he returned to Hungary and became a contributor to the famous literary periodical Nyugat. Between 1927 and 1936, he was a clerk at the Phőnix Insurance Company. From 1937 to 1948, he was the press rapporteur of the Hungarian National Bank. In the middle of the 1930s, he joined the movement of folk writers and became one of its leaders. Between 1934 and 1938, he was a co-worker for the periodical Válasz (“The Answer”). In 1937, he became coeditor of Nyugat, and between 1941 and 1944 he was editor Magyar Csillag.

In 1945–1946, Illyés was one of the leaders of the National Peasant Party and a member of parliament. Between 1946 and 1949, he served as the editor of Válasz. He resigned from his parliamentary mandate in November 1948 and retired from public life. Under the Revolution of 1956, he became a leader of the Petőfi Party (a resurrection of the National Peasant Party). After the defeat, he continued his life as a recluse. He only started publishing again in 1961. In 1969, Illyés became a vice president of the PEN Club. As a supporter of the national opposition, Illyés often spoke out in support of protecting the Hungarian minorities living in the neighboring countries.