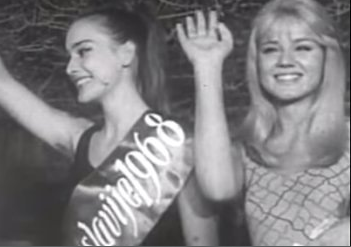 In some film and television works, director and screenwriter Niksa Fulgosi developed a subversive critical discourse that has the features of opposition. Sto ljepotica na dan [A Hundred Beauties per Day] is one of three films from his critical- feuilletonist trilogy of 1971 (which also includes  Sto kletvi na sekundu [A Hundred Curses per Second] and Sto zaduženja Betike Gumbas [The Hundred Duties of Betika Gumbas]). It was broadcasted in abridged versions "approved for presentation."

Sto ljepotica na dan is a satirical and multi-layered presentation of Yugoslav society, which presents the novelty of beauty contests in a humorous way. The film is characterized by the sharp social and political satire of socialist society; under the guise of an event, the author critically interprets the current social problems such as faulty administration, social differences, backwardness, low standards and so forth. The original film is held in the Documentation Centre of Croatian Television in Zagreb.