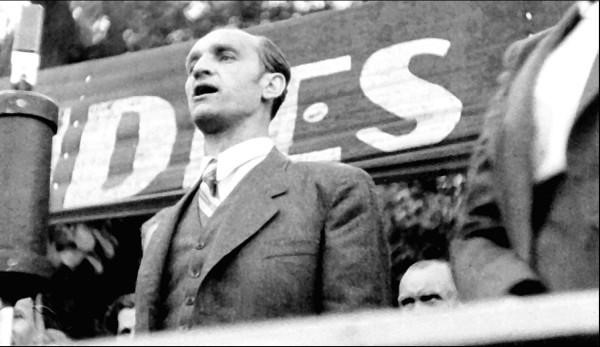 Justas Paleckis (1899-1980) was a Lithuanian journalist and politician. He was acting president of Lithuania after the Soviet invasion. He then remained as the nominal head of state of the Lithuanian SSR until 1967.
As Chairman of the Presidium of the Supreme Court of the Lithuanian SSR, Paleckis personally signed orders authorising the mass deportation from independent Lithuania of several figures. The former Prime Minister of Lithuania Antanas Merkys, and the Minister of Foreign Affairs Juozas Urbšys, were deported to the Russian SFSR with his approval. Lithuania's intelligentsia and its elite were considered to be enemies, and they were some of the first to be sentenced to deportation or death. He worked closely with the NKVD in Lithuania.