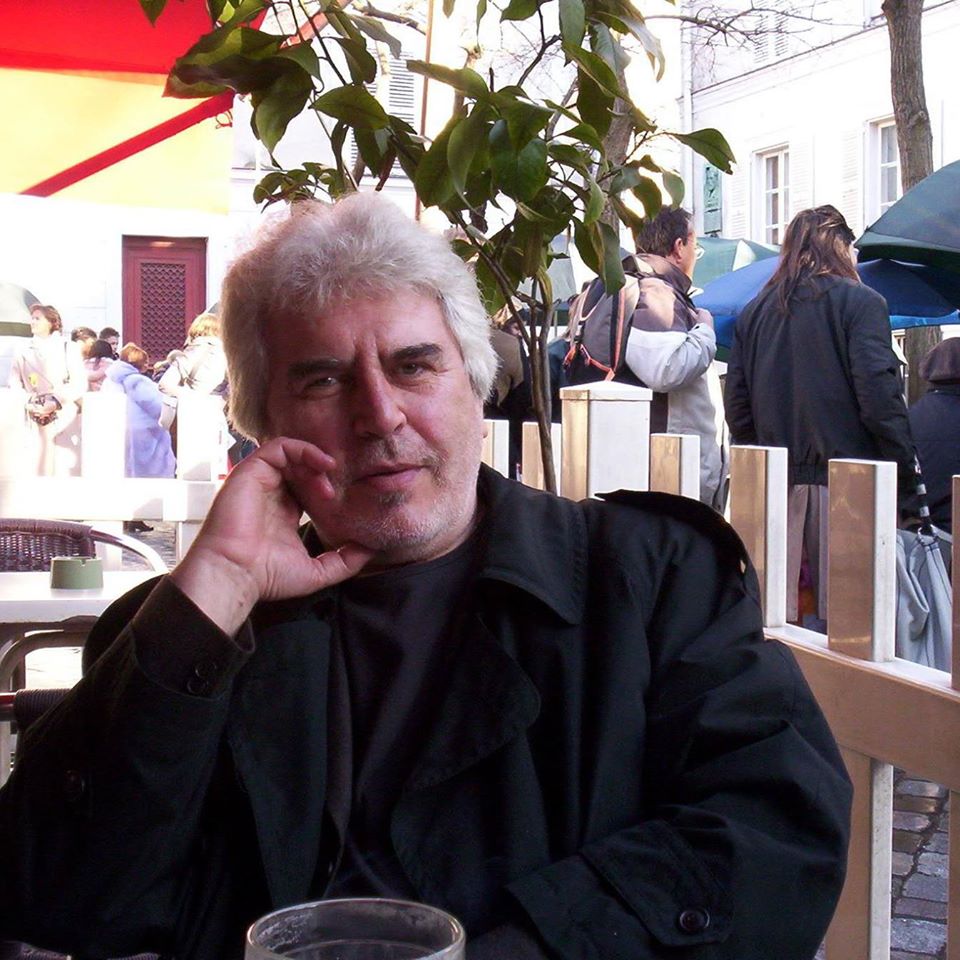 Csaba Nagy (1948-2019) joined the Petőfi Literary Museum's (PLM) Department of Manuscripts in 1983. Previously, he had worked at various libraries, and he completed a degree in Library Studies at Eger College, but until the early 1980s he was unable to find a position anywhere. Then he was employed at the National Széchényi Library's Department of Periodicals, which was led by Éva Lakatos. Through Lakatos, he got to know her husband, Ferenc Botka, director of PLM, who invited Nagy to the Museum.

Nagy developed an interest in the Hungarian exile in the West as an amateur historian at the beginning of the 1970s. He wrote articles on outstanding Hungarian scientists and physicians in exile. He became convinced that exile was a segment of Hungarian culture that was very important and needed attention. This inspired him to begin writing a lexicon of emigré writers and intellectuals.

His research focused on three countries over the course of his career: France, Germany, and Switzerland. French culture has always been in the forefront of his interests: he has always been enthusiastic about the language and about Paris, although he was not able to travel to the city for the first time until 1978. He tried to spend as much time in Paris as he could, and he became obsessed with the search for new archival sources relevant to Hungarian exile. He financed most of these trips himself. He developed excellent relationships with several Hungarian authors and artists living in exile, including Ferenc Fejtő and Tibor Méray, editor of the emigré periodical Irodalmi Újság [Literary Gazette].

Nagy was a frequent guest in Germany as well, especially in Munich, where he spent time with the editors of the journal Új Látóhatár [New Horizon], József Molnár and Gyula Borbándi. His professional collaboration with Borbándi was extensive. They helped each other professionally in many ways, and they also nurtured a good personal relationship, but in political terms they began to grow apart, particularly after 1989.

In Switzerland, Csaba Nagy became involved in the emigré network through his namesake, the poet Csaba Nagy, who was an editor of the Literary Gazette for some time. Nagy occasionally stayed also at László Nagy's house in Geneva. Through them, he had the chance to get to know practically everyone in the community of Swiss Hungarians.

Csaba Nagy's major publication is a lexicon of Hungarian emigré writers and intellectuals: a key source for the study of Hungarian culture in exile. In the 1980s, Nagy won a Hungarian Scientific Research Fund (OTKA) to complete this work, which had a troubled publication history, but the final and full version was finished in 2000. Nagy also recognized the importance of digital databases in the early 1990s, and he initiated the establishment of the Hungarian Biographical Index.

Nagy was disgusted by the Kádár regime, and he was repeatedly persecuted by it as well. He was allowed to travel, but every time he left the country, he was interviewed about his plans and what would he talk about with his contacts in exile. Fejtő was one of the figures in whom the police was most interested: Nagy always said that they would speak about a one-time friend of Fejtő, the poet Attila József, who was in the centre of the communist canon at the time.

On one occasion, when he returned from Paris in 1980, he was thoroughly investigated by the custom officers. They took his luggage apart but could find nothing politically compromising, because he was prepared for such an investigation. His girlfriend came back from Paris sometime earlier and informed him that everything had been taken from her, so he should not try to smuggle emigré publications to Hungary. All of his belongings were taken away from him for further inspection, and the record mentioned only a "great amount of papers." He objected, but he was ignored. Nagy knew the tricks of the political police, and he worried that they themselves would provide the compromising materials in order to have him arrested. He was advised to complain at the Department of Administration at the Central Committee of the Hungarian Socialist Workers' Party, but the office responded that everything had been done in accordance with the law. He was invited to the Fiscal and Customs Police, where the officer informally let him know that the investigation had not been initiated by their office.

On another occasion, he was summoned to the police headquarters, where they tried to induce him to report on people in the exile community and to give his impressions of what the emigré intellectuals thought about Hungary. He responded by saying that the people abroad lived in a land in which the freedom of speech was protected. What they thought could be read in their publications, and he would not be able to add anything else. The secret police tried to get him on board for three years: he was harassed by them, and they promised him various benefits. He was approached even in Paris, where he had been invited to the consulate for a discussion. They were particularly interested in Fejtő and his 1986 international conference, but Nagy gave them no information.

As was revealed after the opening of the secret police archives, Nagy was under surveillance by a friend and colleague of his, who was a former political prisoner. They both belonged to a circle of friends around Imre Mécs. The poets György Somlyó and Endre Lázár Bajomi were also his friends. He served as a personal secretary and ghost writer for Bajomi for some time. After the regime change, he befriended the former emigré poet, György Faludy, who returned from Toronto to Budapest. He did not collaborate with the political opposition, but he was on good terms not only with Imre Mécs, but also with Miklós Haraszti and Miklós Gáspár Tamás. He attended the flying university lectures from time to time, and he was a keen reader of samizdat. Nagy has considered himself a liberal, and he felt close to the democratic opposition during and after the change of regimes. But he paid particular attention to not letting his political position interfere with his work, and he turned to every interview partner with respect, no matter what his or her political beliefs were.