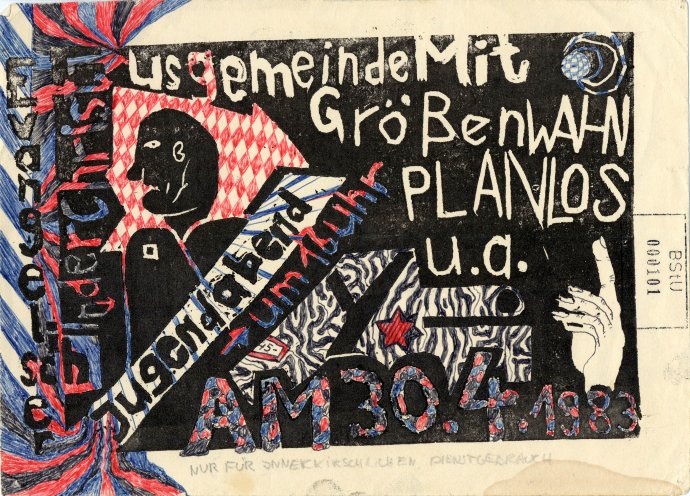 Punk culture in the GDR developed its own language, music and aesthetics. These constituted an open provocation to the existing system, fostering the notion of breaking with the conformity of everyday life under the regime of state socialism. In contrast to their role models in the UK who championed the slogan "no future", punks in the GDR feared "too much future", or the uniformity of prescribed and pre-determined life trajectories. 'Substitut', a privately run agency in Berlin, houses the most extensive archival collection relating to punk culture in the GDR. The archive grew out of 'Substitut's' numerous projects, including the 'production' of exhibitions and release of music compilations and publications.