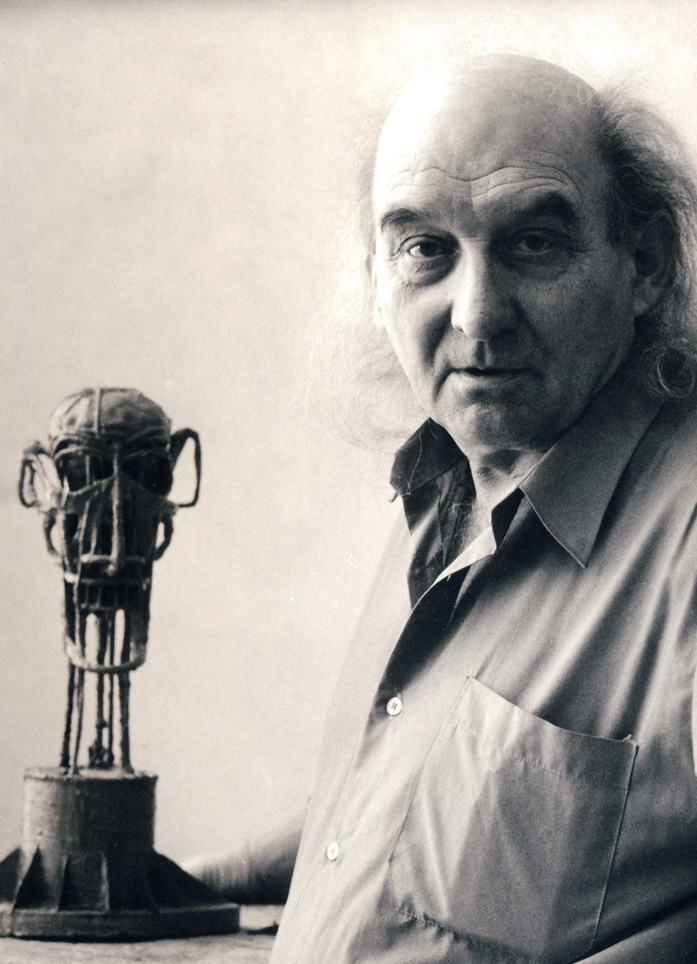 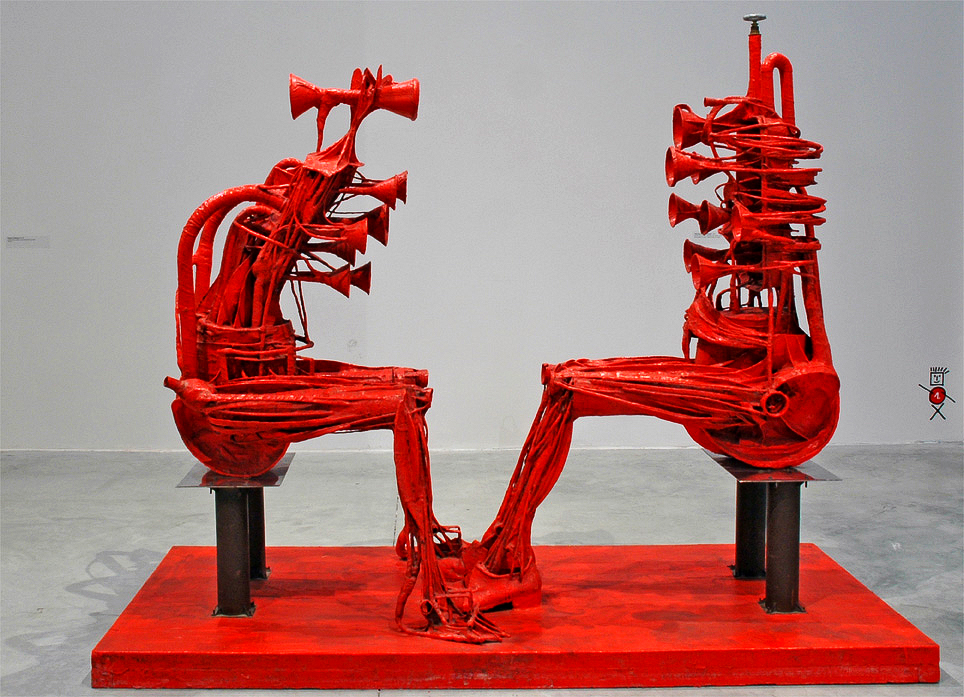 Karel Nepraš was a Czech sculptor, painter and graphic designer. He studied at the Prague Academy of Fine Arts (1952–1957). In the 1950s he co-founded a club which would later be known as the “Šmidrové” – a non-conformist, Dadaist-surrealist group which responded to the social reality and absurdity of the regime with jokes and shock prank events. The club was not only based around art, but also theatre, literature and music. After graduating from the Academy of Fine Arts, Nepraš first off all turned to drawing – often humorous and tragi-comic. Towards the end of the 1950s, he returned to sculpture – first of all figurative and then based on informalism from the start of the 1960s. In 1963 he co-founded the famous “Křížovnik School of Pure Humour without Jokes”, which brought together artists, theoreticians and representatives from the cultural underground. A year later he married the graphic designer and poet, Naďa Plíšková. Midway through the 1960s, he began making his famous statues from pipes, wire, tubes and other objects which he then added textiles to and painted the surfaces (the Red Heads, Dialogues, Moroa). Over the subsequent decades he then developed the technique of assemblage using different technical materials and objects. He was unable to exhibit his works during Normalization and worked as a restorer. In the words of Maria Klimešová, he was “one of the most banned artists of the Normalization period”. However, he continued to be part of the Křížovnik School, which from the start of the 1970s was linked to the underground, by amongst others, Ivan Martin Jirous. From 1991, Nepraš taught at the Academy of Arts in Prague and he remained in teaching until 2002. At the same time, he continued to create compositions and reliefs. His work has been exhibited in both the Czech Republic and abroad.