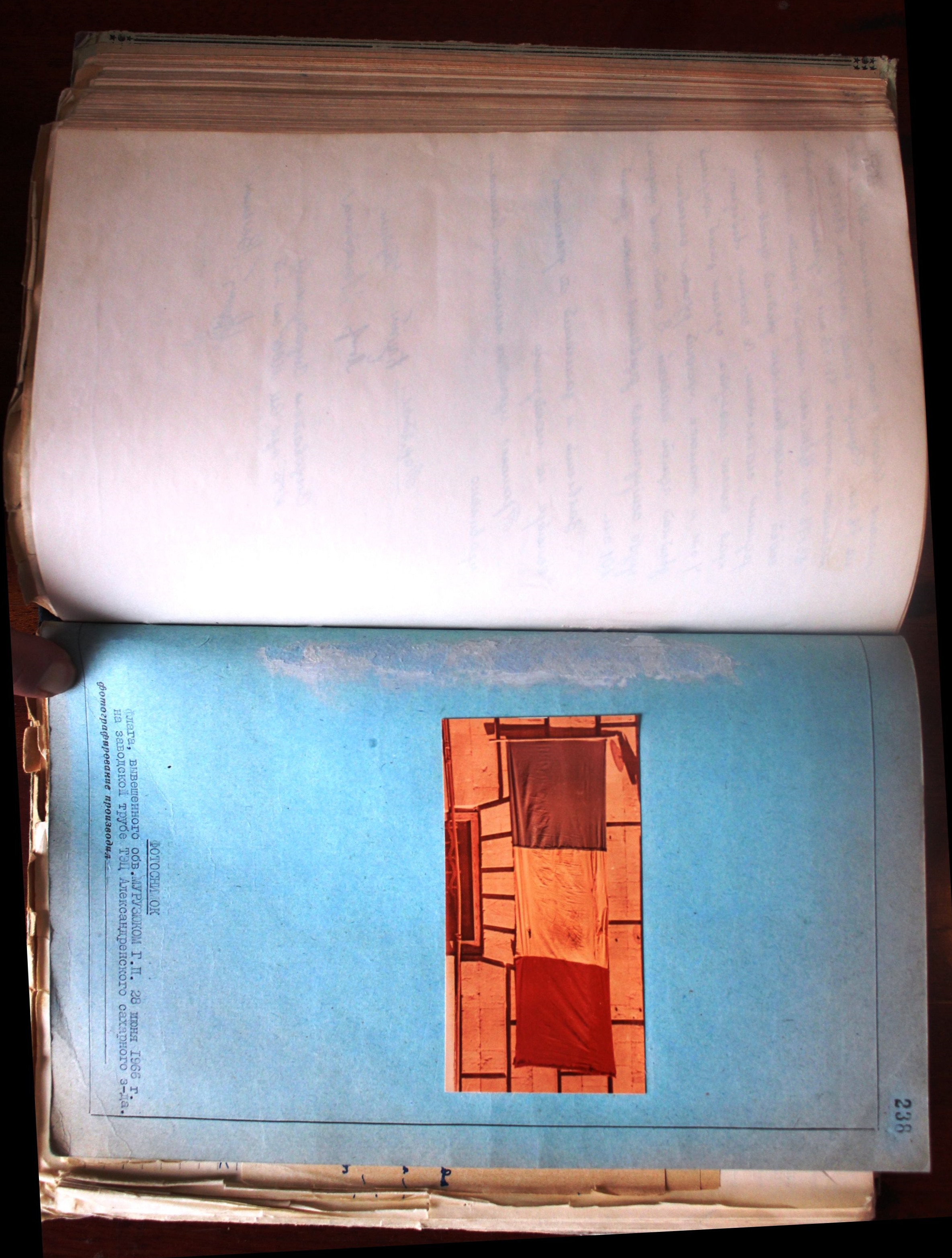 After his first attempt at sewing and displaying a Romanian flag was thwarted by his wife, on 12 June 1966, Muruziuc planned his next action more carefully, endowing it with a powerful symbolic significance. He made the flag himself, in his own shed, on 27 June 1966. He bought 2m of red cloth in the village shop on 26 June, while the blue material (1m) was acquired at the shop in the neighbouring village of Alexăndreni. Muruziuc used an old bed-sheet for the yellow portion of the flag. According to a later examination carried out by the KGB, the flag was 2m 57cm long and 78cm cm wide. Muruziuc claimed that nobody witnessed his work on the flag. Early the next day, he entered the territory of the factory, climbed the chimney, and fixed the flag on the building’s lightning rod, so that it was visible throughout the village. After Muruziuc’s arrest, the flag was confiscated by the KGB, and served as an essential piece of incriminating evidence during the trial. This was apparently the first case of the public display of a Romanian flag on the territory of the MSSR after 28 June 1940. The flag was destroyed by the KGB staff on 13 January 1967. This photo is the only remaining record of the flag made by Muruziuc.