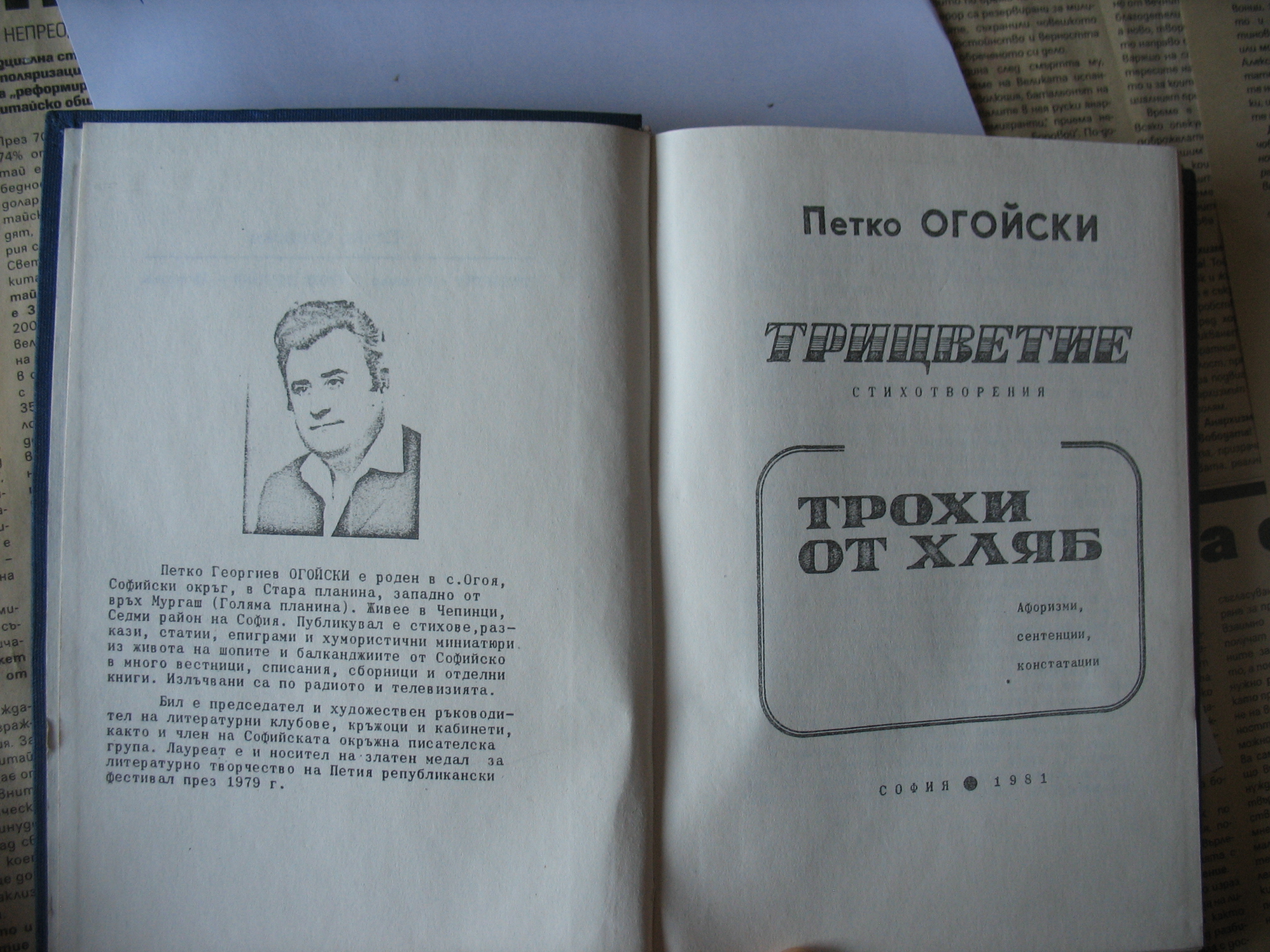 The published texts were mostly in an allegorical style, partially using the form of local folk humour. Criticism of the communist regime was hidden in the form of (local) folk tales, folk jokes, poems, and aphorisms. After the end of the socialist state, numerous events were organized in which Petko Ogoyski participated and used materials of his collection (s. Events).