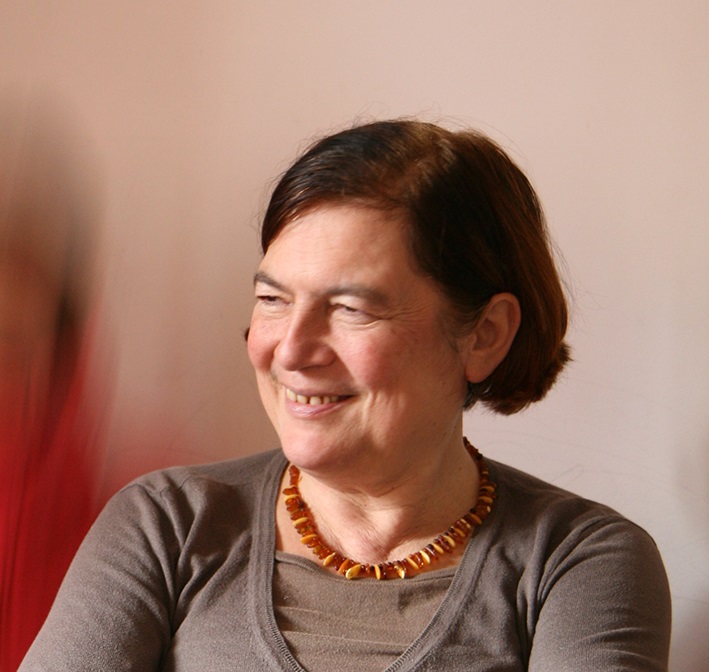 Kristina Popova was born on 11 January 1955 in the town of Ihtiman. In 1976 she graduated with a degree in History from St. Cyril and Methodius Veliko Tarnovo University, then earning a PhD in history since 1987. Since 1978 she has worked at the Neofit Rilski South-West University - Blagoevgrad (earlier known as the Higher Pedagogical Institute) and since 1999 as an Associate Professor of New and Recent History of Bulgaria. Since 1991 Kristina Popova has been a member of the team of the International University Seminar for Balkan Studies and Specializations at Neofit Rilski Southwest University, and has been its chairwoman for many years.

Kristina Popova is involved in a number of international research networks: the European Network for the History of Social Work (since 2002), the Athena Advanced Thematic Network for European Women's Studies (since 2002), the 2001-2009 Phoenix European Thematic Network on Health and Social Policy and others. She was a guest professor at the University of Vienna, Austria (2000/2001); Leipzig University, Germany (2003);University of Siegen, Germany (2003/2004); and participates in numerous international projects such as the History of Social Work in Eastern Europe 1900-1960 (2005); Policies and Practices of the Socialist State to the Muslim Population of Georgia and Bulgaria (Adjara and Blagoevgrad County) (2008); Women and Minority Documentation and Digital Presentation - from Fragmented Data to Integration in the Information Society, ASO-Austria, 2007-2008; Case work and social control in the 20th century (within the Phoenix TN Project) 2008-2009; (Re) vision of Social Policy in the Post-Soviet Space: ideologies, actors and cultures HESP CEU Project (2009 - 2012); To Come Out of the Shadow Supporting the Social Integration of People Threatened with Marginalisation Caused by Their Nationality (2011-2013, Grundtvig Program); Politics of Memory Cultures of the Russian-Ottoman War 1877-1878: From Divergence to Dialogue 7th Marie Curie Framework Program (2012-2016, FP7-PEOPLE-2011-IRSES Marie Curie Action International Research Staff Exchange Scheme); Knowledge Exchange and Academic Cultures in Humanities: Europe and the Black Sea Region, late 18th - 21st Centuries (2017-2020, Horizon2020 Marie Skłodowska-Curie RISE) , among others.
The studies of K. Popova in the field of the history of social work, which she has analyzed in a broad international context, are pioneering. In this area, K. Popova has created a school of thought, uniting innovative working scholars. Kristina Popova's is has also made impressive contributions to the development of the biographical method, the promotion of the popular autobiography and oral history in Bulgarian science.

In the early 1990s, Kristina Popova, together with Anastasia Pashova and Petar Vodenicharov, organized student expeditions to collect life stories, to enhance sensitivity to the life of "ordinary" people. They drew attention to the importance of people and groups that have not been at the center of classical historical knowledge, developing scientific approaches to autobiographical texts so that the different views of the past could be understood.

Kristina Popova is among the more active participants in the civil movement in Blagoevgrad at the beginning of the so-called "transition” from 1989-1990, as well as in initiatives of enriching archives by collecting documents, life stories and life histories.

As a co-founder of the Balkan Society for Autobiography and Social Communication (BSASC), member of the International University Seminar for Balkan Studies and Specializations and as head of the Multimedia Center for Computer Archives, Digital Archives and History of Local Self-Government, together with Mariana Piskova, Kristina Popova contributes to its establishment as a scientific and educational dialogue center, which through numerous exhibitions, lectures, meetings, etc. is deepening the public debate on the recent past.