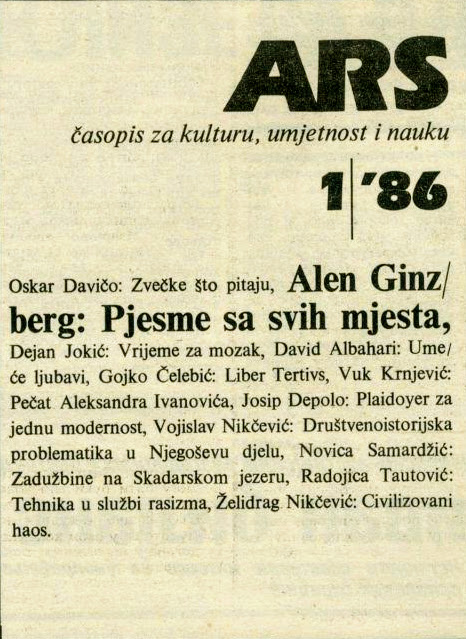 This collection contains the original issues of ARS – Review of Culture, Art and Science, a literary journal first published from 1986 to 1989 in Montenegro. The circle of intellectuals associated with ARS anticipated many of the social and political issues that escalated into the worst forms of nationalism in the early 1990s, leading to the dissolution of Yugoslavia. Because of their non-conformist attitudes, members of ARS, and its publisher, the Literary Municipality of Cetinje, found themselves under pressure by the communist regime. Consequently, the journal was forced to cease publication in 1989.