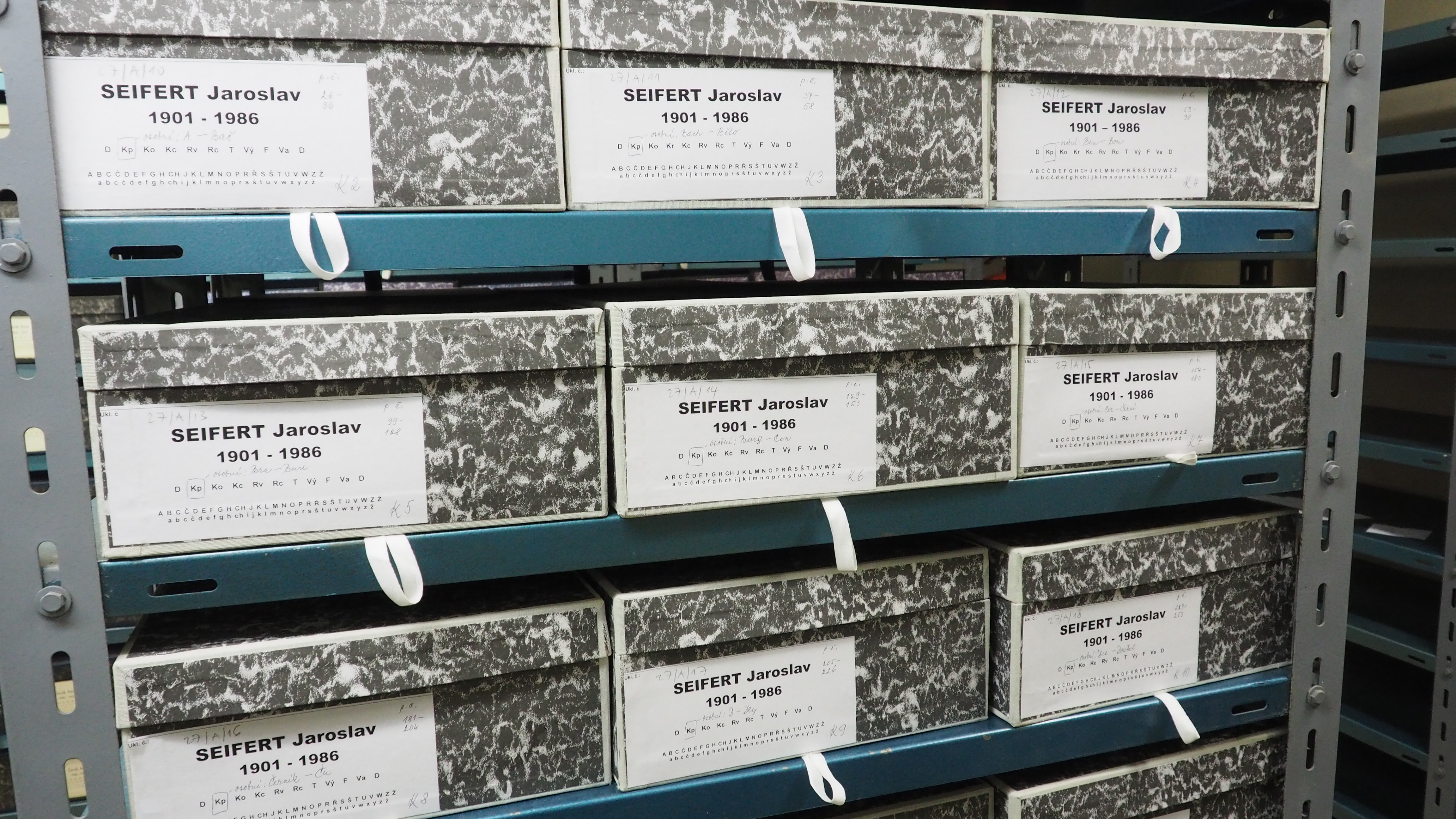 The personal collection of Czech poet, journalist, writer and the Nobel Prize laureate Jaroslav Seifert (1901–1986) contains a unique correspondence, manuscripts, prints and clippings documenting the life of the important author, who was a critic of the communist regime from 1950 and a silenced poet and a representative of Czechoslovak independent literature after August 1968.