Copy of a letter from the wives of the arrested members of the Jazz Section to the president of Czechoslovakia, 7 September 1986 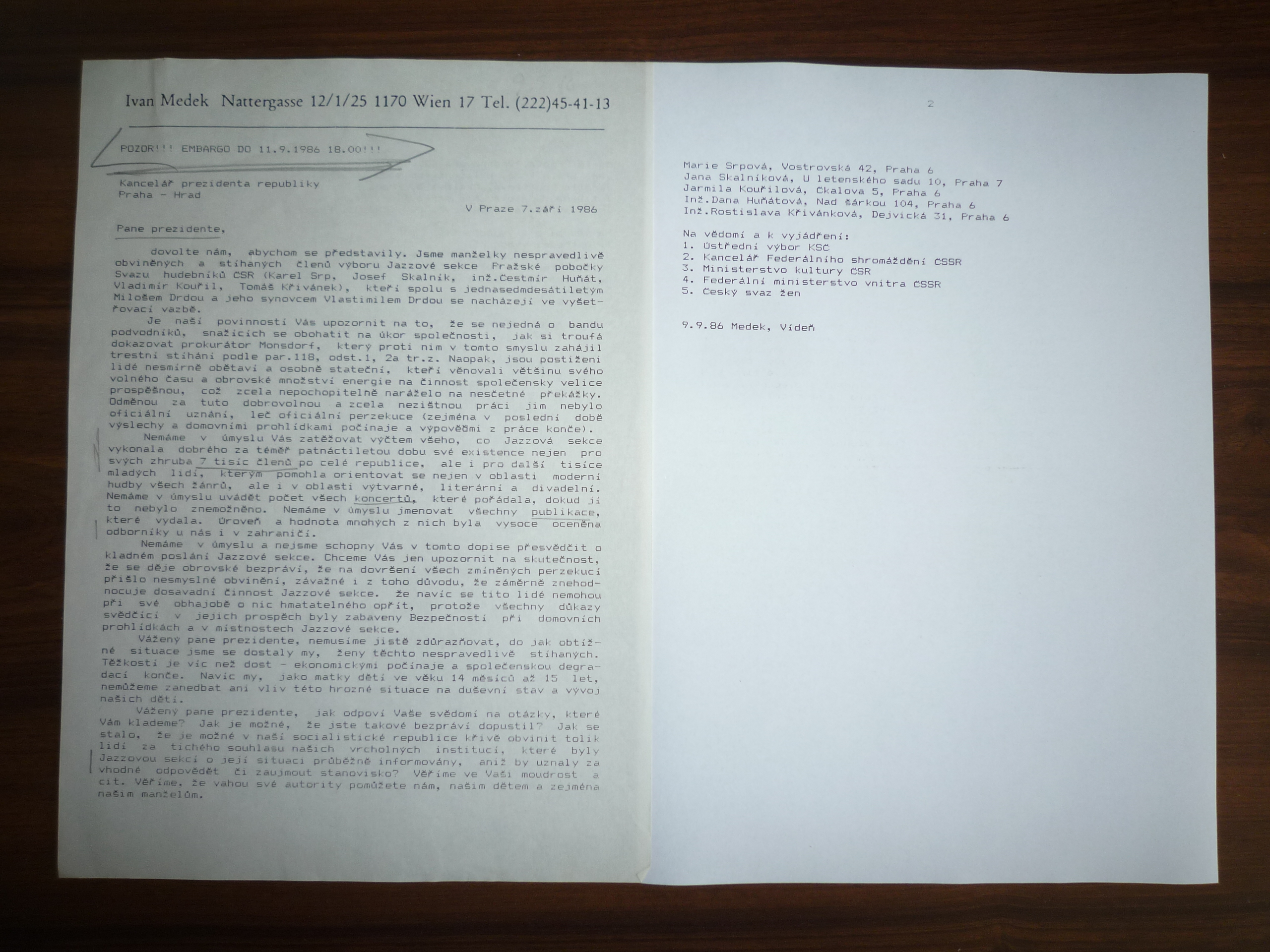 The Jazz Section Collection, now deposited in the National Archive, contains a transcript of a letter sent to the office of the president of the republic by the wives of the imprisoned members of the board of the Jazz Section from 7 September 1986; the transcript was made by Ivan Medek on 9 September 1986 in Vienna. Ivan Medek, a signatory of Charter 77 and a member of the Committee for the Defence of the Unjustly Prosecuted (VONS), who went into exile in Austria and established a press agency in Vienna, collected information about independent civic initiatives and political trials in Czechoslovakia and the violation of civil and human rights by the communist regime. He sent these messages on to Western organisations interested in human rights’ abuses; they organised campaigns in support of political prisoners and helped exert pressure on leading politicians in countries with totalitarian and authoritarian regimes to release political prisoners and to observe the basic rights of the civilians of their state. It is unclear if the letter to the president had any immediate influence on the fate of the detainees, however, there were several similar campaigns in Western countries that resulted in the release of many of the detained members of the Jazz Section, and much lower sentences were issued than had been proposed.