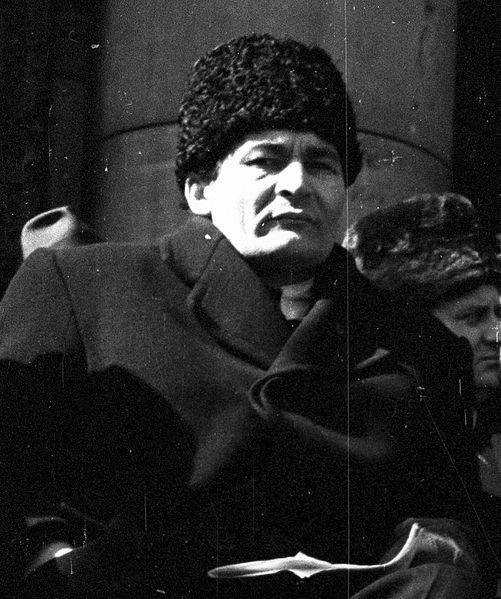 Ferenc Erdei (1910–1971) was a Hungarian sociologist and politician and a member of the “people’s writers’ movement.” Erdei was born in Makó to a peasant family, which grew onions. He studied law at Szeged University. He was a member of the Independent Kossuth Party in Makó and a leading figure in the March Front. Erdei was one of the founders of the National Peasants’ Party in 1939. In October and November 1944, he participated in the Independence Front in Szeged. In December 1944, he became a member of the Provisional National Assembly, and from December 1944 to November 1945, he was Minister of Interior in the Provisional National Government. He was elected vice-chairman of the National Peasants’ Party in 1945 and general secretary in February 1947. From September 1948 to June 1949, he was state minister. He the worked as minister of agriculture until July 1953, then as justice minister until October 1954, and as minister of agriculture again from October 1954 to November 1955, and a deputy prime minister from November 1955 to October 31, 1956. From October 30, 1956 he served as vice-prime minister in the Imre Nagy government. On November 2, he headed the Hungarian delegation negotiating the details of a withdrawal by the Soviet troops. On November 3, he was arrested by the KGB at the Soviet military base at Tököl, but he was released a few weeks later. In 1957, he became the general secretary of the Hungarian Academy of Sciences and the director of the Agricultural Science Institute. In 1964, he became general secretary of the Patriotic People’s Front. Between 1964 and 1970, he was vice-president of the Academy. He then served as general secretary again until 1971. He wrote many books about sociology and sociography.