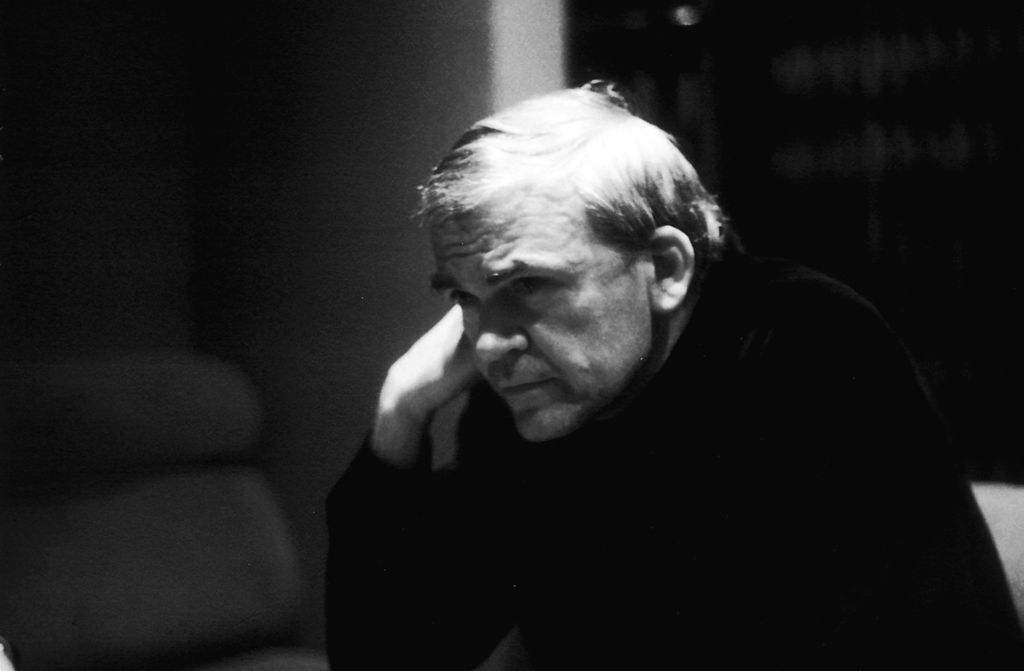 Milan Kundera is a Czech-born French writer and playwright. He graduated from the Film and TV School of the Academy of Performing Arts in Prague in 1952, where he worked as a teacher. His plays, novels, articles and public talks greatly influenced contemporary public life. His speech at the 4th Congress of the Union of Czechoslovak Writers in 1967, where he stressed the need for freedom of artistic expression, found great resonance. Because of his continued criticism of the communist regime, he could not officially publish his work after 1970. Five years later, he went into exile and settled in France. In 1979 he was stripped of his Czechoslovak citizenship. In France, he worked at the universities in Rennes and then in Paris. At the same time, he continued to write and his books were published in exile by Sixty-Eight Publishers in Toronto. Gradually, French also became the language of his novels and essays, and he has not published any work in Czech since 1993. He still lives in France and rarely visits the Czech Republic.

Kundera’s literary work began with poetry. However, from the late 1950s, he began writing novels and plays. From the 1960s, his plays were enthusiastically received by Czechoslovak society, for example, the play “The Owners of the Keys” (Majitelé klíčů, 1962) and “The Blunder” (Ptákovina, 1969). His books “Laughable Loves” (Směšné lásky, 1963) and “The Joke” (Žert, 1967) were also very popular. “The Book of Laughter and Forgetting” (Kniha smíchu a zapomnění, 1979), “The Unbearable Lightness of Being” (Nesnesitelná lehkost bytí, 1984), and “Immortality” (Nesmrtelnost, 1990) were written in exile, though still in Czech. Later, however, his books were written in French, for example the novel “Ignorance” (L’Ignorance, 2000). Several films and radio plays have been based on Kundera’s writings.

Milan Kundera has been awarded many Czechoslovak/Czech and foreign prizes, including the Prix Médicis (1973), the American Common Wealth Award (1981), the Prix Europa Literature (1981), the Austrian State Prize for Literature (1988), and the Independent Foreign Fiction Award (1991). In 1990 Kundera became a Knight of the Legion of Honour.