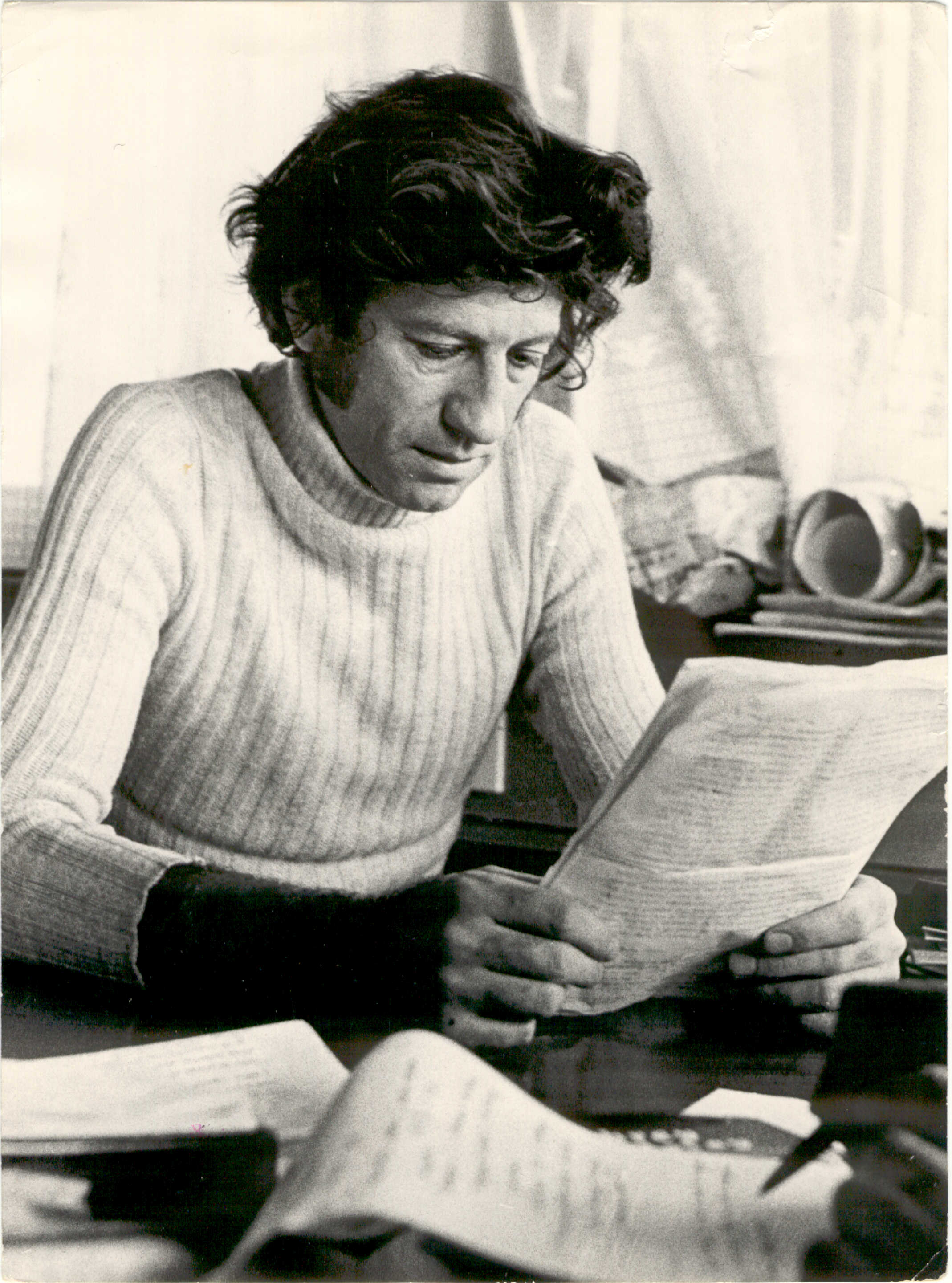 Danilo Kiš was a Yugoslavian writer of Jewish, Hungarian, Serbian, and Montenegrin origin. He was born in 1935 in Subotica, Yugoslavia. Kiš studied at and graduated from the Department of Literature at the Faculty of Philology in Belgrade in 1958. Immediately after graduation in 1959, he moved from Yugoslavia to France, where he worked for several years as an editor and translator. In this time, he wrote the novels Mansard [The Attic] and Psalam 44 [Psalm 44]. Soon after, he published an autobiographical trilogy, beginning with the novel Bašta pepeo [Garden, Ashes], followed by Rani jadi [Early Sorrows], and finally Peščanik [The Hourglass], which received the NIN award – [Nedeljne informativne novine], Yugoslavia’s most prestigious literary award in 1972. This series of novels covered his family life and childhood, topics which significantly marked his works also later on.

His father, Eduard Kiš, had though luck survived the Novi Sad massacre, which killed hundreds of Jews in 1942. The son later describes the massacre as the "start of his conscious life" (Thompson, 2013, 82). The family subsequently managed to relocate to southwest Hungary, but Kiš's father was deported to Auschwitz in 1944 from which he never returned. After the end of the Second World War, Kiš's mother Milica Kiš moved with her two children to the Montenegrin town of Cetinje where Danilo Kiš graduated from high school in 1954. Due to his family heritage, Kiš said of himself that he is an "ethnographic rarity". His background influenced his worldview, which is reflected greatly in his literature.

Kiš spent a major part of his life between Yugoslavia and France. During one such stay in France, Kiš wrote his most important novel, Grobnica za Borisa Davidoviča [A tomb for Boris Davidovich], which brought the writer many problems. The scandal that followed disrupted the Yugoslav literary scene, and essentially marked the fate of Kiš and his creative endeavours. The novel was released in 1976, and the author was immediately accused of plagiarism. Kiš stated, "Let us not be fooled! The controversy around the novel “A Tomb for Boris Davidovich” was primarily political. Who has been behind all this, we can see right now, although I have been aware where it comes from, from the very beginning." (Kiš, 2012, 270).


Kiš found himself in the unpleasant situation of having to defend his artistic and moral integrity, which he did by publishing the polemical book Čas anatomije [The Anatomy Lesson] in 1978. In the book, he responded to attacks over the previous two years. However, it only provoked new controversy: the book’s publication brought him to court, where he stood trial for defamation (more in featured item).

"[...] what is important for me is that I have not sought to persuade, to argue or to convey an ideological message, despite the polemical spark that inspired the creation of this book. Otherwise I would write essays or articles in newspapers. For me it was essential to find, in my domain, fiction, fictional place, my obsessions and hidden polemics with the totalitarian world and thought. I thought, moreover, that it is my moral duty, because in some of my books I wrote of the Nazi terror, to approach, in literary form, the second most important phenomena of our century which represent the Soviet concentration camps." (Kiš, 2012, 207).

Kiš was acquitted, but nevertheless, feeling disappointed and misunderstood, he left for voluntary exile to Paris, as a kind of displaced person "in the “ambiguous” sense of the word" (Kiš, Gorki talog iskustva, 161). Kiš left Yugoslavia for the last time in 1979 and from then onwards lived in France, where he taught Serbo-Croatian and worked as an editor for the rest of his life. During that time, he wrote the novels Noć i magla [Night and Fog], Homo poeticus, and Enciklopedija mrtvih [The Encyclopedia of the Death]. In 1986, the French government made him a Knight of the Order of Arts and Letters (1986). In 1988, he was elected as a corresponding member of SANU.

In 1989, nearing the end of his life, Kiš took part in an important television documentary series Goli život [Bare Life]. This consisted of a series of interviews with Eva Nahir and Ženi Lebl, two female Jewish political prisoners who were interned at the Yugoslav "Goli Otok" labour camp. Kiš used the series to raise questions on the camp and made comparisons on different totalitarian systems. In this way, he completes his way of dealing with the topic of the camp, which represents an important field of investigation in his writing. According to Kiš, the camp is a distinct twentieth-century invention. Kiš interpreted and analysed this phenomenon internationally. Towards the end of his life, PEN America (the US branch of the international literary human rights organisation) awarded him the Bruno Schulz Prize in 1989. Danilo Kiš died in Paris in 1989 and was buried in Belgrade at his request.

Kiš's books have been translated into about thirty languages. In the mid-1980s, he was considered for the Nobel Prize in Literature. Milan Kundera acclaimed Kiš as "great and invisible", and Mark Thompson described Danilo Kiš as "the writer who turned the Stalinist terror, the struggle against Nazism, and the Holocaust into great poetry […]" (M. Thompson 2013, xi).