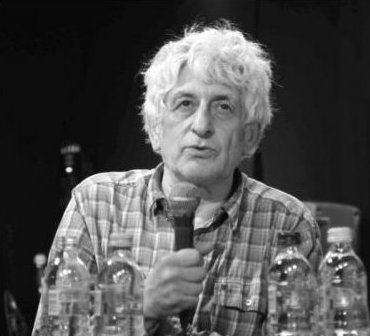 Gábor Havas (1941–) sociologist, educator, MP, editor of Beszélő, and a founding member of Szegényeket Támogató Alap (SZETA), or the Foundation for the Provision of Support for the Poor.

Gábor Havas was born in late 1944 in London. He received his MA degree from Loránd Eötvös University Budapest in Hungarian Language and Literature and Adult Education. He started his career working as a program organizer in a rural cultural house and a secondary school teacher. In 1971, he became a research fellow participating in the nationwide sociological surveys led by István Kemény. Beginning in 1972, he launched other surveys together with Ottilia Solt.

From 1973 to 1990, he worked as a sociologist for the Adult Education Institution, Budapest. In the 1980s, together with sociologist Pál Juhász and Bálint Magyar and also working with film director Pál Schiffer, he took part in the ambitious video documentary project Changes in Hungarian peasants’ lives. He also made the documentary films Nyugodjak békében (Let Me Rest in Peace) and Kovbojok (Hungarian Cowboys), which won awards at national film festivals.

From 1979 to 1989, he took an active part right from the beginning in the Hungarian democratic movement, and he was one of the founding members of SZETA and the editor of the samizdat periodical Beszélő. In 1988, he was also a founding member of SZDSZ (the Alliance of Free Democrats), the Hungarian liberal party, of which he became an MP after the first free general elections in May 1990.

In 1993 and 1994, together with István Kemény, who had returned home from Western exile, he was the project manager of the Hungarian Nationwide Roma Survey. From 1995 to 1999, he was an educator and also the head of the newly established Social Worker Training School of the John Wesley Theological College, Budapest. Beginning in 2000, his interests as a scholar began to turn to the unequal educational opportunities and recent re-segregation of the Hungarian Roma. From 2001 to 2008, he was the director of the Romaversitas Fund, a special higher education support program intended to provide assistance for talented Roma students.