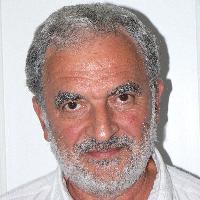 Vassilev, Vantzeti Dimitrov
Vantzeti Vassilev was born in the town of Radomir, near Pernik, in 1945. He received his primary and secondary education in the mining and industrial center of Pernik. Named by his anarchist father after the Italian-American anarchist, Bartolomeo Vanzetti, Vantzeti Vassilev grew up in a family whose father, Dimitar Vassilev Stoyanov, has been declared "an enemy of the people" by the communist government. His father was sentenced to more than six years in various forced labor camps. In 1963, after completing his regular military service, Vantzeti Vassilev was accepted as a regular student at the Higher Institute of Chemical Technology (HICT) in Sofia, where he graduated in 1971. He worked as a technical engineer at various factories. Later, he enrolled in a regular postgraduate program at HICT, where he defended his doctoral thesis.

Vantzeti Vassilev’s problems with State Security began in the 1970s. Because of his "untrustworthy" origins, he was under control by the State Security. Due to this pressure, and unwilling to cooperate with the secret services, Vassilev left his job and started to work as a swineherd in his mother's village, Vranya Stena, in the Pernik district. He used this time to write the autobiographical novel Semenata na straha [The Seeds of Fear] based on personal experiences and stories he gathered from his father and other former prisoners. Out of fear of identifying those who had shared their experiences, he destroyed all relevant notes. In 1988, during a fair held at the Bulgarian-Serbian border, Vantzeti Vassilev escaped to Yugoslavia and from there to Italy. In Italy he worked as a gardener, translator for Russian evangelical immigrants. At the end of 1989, he emigrated to New York, where he worked as a night watchman, painter, construction worker, and truck and taxi driver.

Vassilev managed to escape with a copy of his manuscript. Another copy, left at home, was recovered in 2016, having been hidden in the ceiling of the old family barn. In New York, Vassilev became an author of memoir novels. There he finished Semenata na straha [The Seeds of Fear], a first-person account of the humiliation and oppression of a young scientist living under the totalitarian regime. The book was published in Sofia in 1991 with the financial support of Open Society Institute, and presented in New York.

The second book by Vassilev, Vlakovete na Rim [Trains of Rome], was published in 2006. It was also translated into German (Die Züge von Rom) and presented at the Frankfurt Book Fair in 2009. In 2010 the next book, Razkazi ot newyorkskata biblioteka [Stories from New York Library], was published. He has participated in international literary festivals in Swansea, Wales, and Binghamton, New York. In New York, Vassilev established contact with a number of Bulgarian immigrants, such as Hristo Yavashev-Christo and his wife Jean-Claude, for whom he wrote the book Da opakovash vyatara. Po stapkite na Christo I Jean-Claude [Packing the Wind. In the Steps of Christo and Jean-Claude] (2013).
czytaj więcej 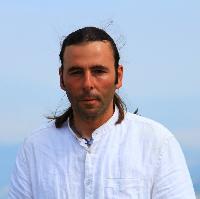 Vatev, Hristo
Hristo Vatev is an electrician by training, but has worked mainly in the field of art (gallery manager/art dealer) and tourism. He started collecting materials by and on Petar Danov in 2010, led by his belief that the teachings of Peter Danov "brings enormous spiritual knowledge that can contribute to raising the consciousness and spirituality of the Bulgarians". Peter Danov’s books and printed lectures were suppressed, confiscated, and burned, so it is currently difficult to find originals. Hristo Vatev values the original publications by Peter Danov as part of the "precious spiritual national heritage of Bulgaria", and devotes a great amount of time to collecting and disseminating his spiritual thoughts, using his own resources. With the help of volunteers, followers of Peter Danov / Beinsa Douno, he has developed a website covering the spiritual doctrine. The website-collection is a valuable source for the historical and contemporary development of the White Brotherhood. Over the last 6 years, Hristo Vatev has maintained the largest Facebook group dedicated to Petar Danov with 26,000 members. Since October 2017 he has been the head of the White Brotherhood community in Varna.
czytaj więcej

Vladimír Veit is a Czech singer, songwriter, composer, journalist and founding member of the voluntary association of singers and songwriters “Šafrán”, which between approximately 1972 and 1978 covered a group of folk musicians in Czechoslovakia until it was broken up by the State Security at the end of the 1970s. Alongside Veit, the group also included Vladimír Merta, Vlastimil Třešňák, Dagmar Andrtová-Voňková, and Jaroslav Hutka. Vladimír Veit started performing at the end of the 1960s – at first, playing Czech versions of songs by Bob Dylan or Donovan, and later his own material. Veit and Hutka went their separate ways as a music duo in 1968. However, they still write songs together today, and Veit writes music to accompany some of Hutka’s lyrics. Veit also writes music to other lyrics written by Czech and foreign musicians. Among his most popular works is the album “Texty”, where he linked works by 19th-century Czech writers (Neruda, Vrchlický) with contemporary texts by the former dissidents Václav Havel, Pavel Kohout and actor Pavel Landovský. As a signatory of Charter 77 and distributor of samizdat texts, Veit was coerced into leaving Czechoslovakia by the State Security (StB) as part of its Asanace operation. He left for Austria in 1981 and continued to produce music. In Austria, he released his albums “Texty” (1982) and “Quo vadis” (1984), which was recorded with the multi-instrumentalist Emil Pospíšil. They were both released by the exile publishing house “Šafrán 78”, founded in Sweden by Jiří Pallas – another member and organiser of “Šafrán” who had been forced to leave Czechoslovakia. Veit returned from exile in 1990. He continues to produce music and published his autobiography “Ještě to neskončilo” (It’s Not Over Yet) in 2016.

Born in 1984, Iskren Velikov spent only his early childhood during the period of socialism. His involvement with the theme of the socialist past began during his study of history at Sofia University "St. Kliment Ohridski", where he specialized in Contemporary History of the World. Since 2009 Velikov has worked as curator at the Rousse Regional Museum of History and has further developed his professional interest in the recent past. Velikov participates in field studies on everyday life during socialism and has publications on the recent past:
Velikov, Iskren. 2012. "Pamet i musika - shtrihi ot retseptsiite za 'zabrani' ot vremeto na sotsialisma" [Memory and Music – Strokes of the Receptions for “Prohibitions” from the Period of Socialism]. In: Izvestia na Regionalen istoricheski musey - Ruse [Proceedings of the Rousse Regional Museum of History], volume 16, Ruse, pp. 62-76.
Velikov, Iskren. 2013. TKZS 'Deveti Septemvri', village Beltsov - dialog mezhdu darzhava i sobstvenitsi (1950-1958)” [The “Ninth of September” Cooperative Farm in the Village of Beltsov – Dialogue Between the State and Landowners (1950-1958)]. In: Godishnik na Asotsiatsia 'Ongal' [Yearbook of the "Ongal" Association], volume 12, Sofia, pp. 47-63.
Velikov, Iskren. 2013. “Sluchayat 'Ana Ventura' i temata za geroichnata smart" [The “Ana Ventura” Case and the Issue of Heroic Death]. In: Koleva, Daniela (ed.), Smartta pri sotsialisma. Geroika i postgeroika [Death Under Socialism. Heroics and Post-heroics]. Sofia: Center for Advanced Studies, pp. 77-92.
Velikov, Iskren. "Znatsi na ekoprotestite v Ruse (1987-1991)” [Signs of the Ecological Protests in Rousse (1987-1991)]. Forthcoming.
Velikov, Iskren. "Albumat na TPK 'Solidarnost' - Ruse: modeli na visualno predstavyane" [The Album of the “Solidarnost” Labor Production Cooperative in Ruse: Models of Visual Presentation]. Forthcoming.

czytaj więcej
Veress, Bulcsú
Bulcsú Veress had Romanian Hungarian heritage, but was born and raised in Budapest, Hungary. In 1956, he took part in the revolution and was imprisoned for eight months. He subsequently managed to become a student of Law at ELTE University in Budapest, and after having completed his studies, he joined the state administration. In 1970, Veress did not return to Hungary after having done a postgraduate course in Strasbourg, and he settled in the United States. He obtained a master’s degree in political science and international relations from Columba University in New York, and in 1976, he became a founding member of and activist for the newly established Committee for Human Rights in Romania. In 1980, Veress became a human rights consultant for Democratic Senator Christopher J. Dodd, and he started traveling regularly to Washington to advocate on behalf of the Hungarian minority in the Congress. Veress became an irreplaceable resource for CHRR/HHRF due to his deep understanding of the U.S. political system and the internal procedures of the U.S. Congress.
czytaj więcej
16 - 20
«« poprzednia strona 1 2 3 4 5 6 7 8 następna strona »»