Ferenc Nádosy (1907–1990) was a doctor and a Lutheran samizdat writer and distributor. He was born in Zólyom in 1907, the son of a Lutheran couple, Ferenc Nádosy, a newspaper editor, and Márta Korcsek. He studied medicine at the Faculty of Medicine at Pázmány Péter University. He graduated in 1934. He then worked as a researcher and practiced in several hospitals in Budapest. He was a medical officer in World War II from September 1944 to May 1945. He was captured and taken to Tecuci, were he worked in the hospital of the Soviet prison camp. After returning home, he started to work as a local practitioner in the village of Tótvázsony in Veszprém County. In 1946, he began authoring and publishing samizdat materials. The first open clash between him and the communist regime took place at the time of the elections in 1949. Though aware of the possible consequences of their acts, Nádosy and his wife both openly voted against the People’s Front in front of the counting committee during the open-poll election in Tótvázsony. A police investigation was launched against Ferenc Nádosy shortly afterwards because of alleged malversation, but the investigation was closed because the authorities could not find any evidence against him. A few weeks later, he was dismissed from his medical post.Nádosy moved from Tótvázsony to Szentaltalfa, and after two and a half years of work as a private doctor, he moved to Litér. Due to the lack of medical personnel in the Várpalota district in 1951, the chief physician of the county contacted Ferenc Nádosy and offered him a chance to return and to work as a practicing physician. After a long debate, Nádosy accepted the offer on one condition: the state had to issue a sealed, registered document, signed by the chief physician, specifying the doctrines of Marxism that Nádosy did not accept and detailing the positions he took against them. The document also assured Nádosy that the state demanded only his medical knowledge, and it did not oblige him to deny his faith. After a short period of service in the Várpalota district, he again became a general practitioner in Litér, where he served for 14 years, after which he retired. He then moved to Balatonalmádi, where he spent the last years of his life. 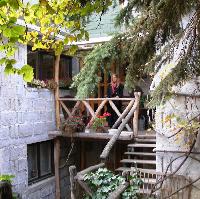 Ilona Németh (1948–, Budapest) is a puppeteer, puppet-making artist, actress, and costume and production designer. She is one of the founding members of Orfeo Puppet Studio and Studio K company.

She studied as a painter at the University of Fine Arts, where she came into contact with the Orfeo group in 1969. The aim of the community of young artists who were active in different fields of the arts was not simply to do artistic performances and create artworks, but also to communicate their political views, which meant facing harsh criticism from the communist system. Ilona Németh started to deal with puppets within Orfeo, and she was fired from the university because of her Orfeo membership. The cultural-political leadership saw her and the other members as a dangerous, oppositional group. She got her degree as a painter and drawing teacher in 1977. The world of puppets has always been central to her career. Shared work with writers, directors, and actors was more interesting and appealing to her than the lonely pursuit of painting.

She worked for years as a drawing instructor, and teaching is also a very important part of her life. She joined Studio K, which became independent of the Orfeo group in 1974. She worked as an actress and a costume designer in the company as well. She designed the sets for a legendary performance of Woyzeck (1977). Between 1986 and 1994, she was a member of the “theatre of Szigligeti” in Szolnok. The repertoire of the renewed Studio K broadened with a lot of children’s puppet-plays in the late-1990s, and this meant significant new opportunities for her in her career. Beginning at the end of the first decade of the new century and millennium, the puppets began to be given larger and larger roles in plays for adults as well.

Ilona Németh is an active creator today. In 2018, puppets made by her were used in different productions. She teaches at the university and deals with children as well. Her oeuvre exhibition was opened in Műcsarnok in 2017. Together with actor Tamás Fodor, another member of Orfeo and Studio K, she lives in the former commune of Orfeo in Pilisborosjenő. Some of the rooms in the house are full of her puppets. She works here. Thus, the spaces function partly as workhouse and partly as repository. As Ilona Németh has said in interviews, the house is a museum of the last 40 years.
czytaj więcej 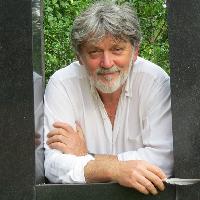 From 1980 he took an active part in the democratic student as well as dissident movements by joining and initiating actions e.g. the independent peace march of Budapest in 1981; solidarity protests for the banned Polish Solidarnost movement, East European dissidents arrested; 1956 memorial demonstrations, or actions organised by SZETA (the fund of Hungarian democratic opposition for aiding the poor). Since 1977 he has published a number of studies, essays and articles both in samizdat and in legal papers, worked as a book illustrator as well as a literary translator of contemporary English, Irish, Indian, Canadian stories, novels and plays. From 1984 he voluntered to prepare the first Hungarian samizdat translations of such strictly banned authors all through the Communist era, like George Orwell (The Animal Farm, Selected Essays) and Arthur Koestler (The Doom of Politics). In early 1987 together with Albert Tódor and other fellows he launched a samizdat periodical Határ/idő/napló – Erdélyi Figyelő (Deadline Diaries – Transylvanian Monitor) documenting the harsh political, economic, and cultural opression of the 2.2 million Hungarian national minority in Roumania. In May 1989 he published his own samizdat book on the same issue with the penname Homoród, Bálint. (Kétség és remény közt. Erdélyről sokadszorra – Hopes and Doubts: Once Again on Transylvania) In the meantime he got more and more involved in active cooperation with human rights organisations, such as the Amnesty International and the Helsinki Watch for which he volunteered regular fact finding field work in Roumania, and case studies on discriminations against Hungarian Gipsies. During the 1980s he maintained close contacts with Hungarian political emigrés in the West and their tamizdat press. (Vienna, Paris, London) He also took an active part in workshops and conferences held on refugee and human right crises in the Central and East European region. (1987 Vienna, 1989 Rome, 1990 Kopenhagen.)

In 1990s he worked as the editor of Beszélő (Speaker, a liberal weekly), and Replica (a Budapest periodical of social sciences). From 1995 he received a three years long research grant from the Hungarian Soros Foundation. From 2001 he taught history and film history for American MA students as a lecturer of Central European Studies Program of ELTE Budapest and the UCLA. Presently he is a lecturer of MOME (Moholy-Nagy Art University Budapest) teaching art philosophy. Besides his own books he managed to publish a number of studies and essays on different themes, has written film and television scripts, made documentary portraits, interviews, and directed his own films. His most recent monograph and feature long documentary film: Patria nostra. ’56-os menekült kamaszok a Francia Idegenlégióban  (Patria nostra: Minor Hungarian Refugees of 1956 in the French Foreign Legion)  both came out in late 2016.

Dana Němcová is a Czech psychologist and is one of the most significant personalities from the Czechoslovak anti-communist opposition. She was born on 14 January 1934 in Most, her father was a teacher. She spent her childhood and the war years in Nové Město nad Metují. During the 1950s, she studied psychology at Charles University’s Faculty of Arts; she settled in Prague after finishing her degree. She married the psychologist and Catholic intellectual Jiří Němec in 1955; they had seven children together. During the 1970s and 1980s, she participated in the dissident movement. She was one of the first signatories of Charter 77 and briefly also its spokesperson. In 1978, she co-founded the Committee for the Defence of the Unjustly Prosecuted (VONS). She was not allowed to work as a psychologist during Normalization – she worked as a cleaning lady. She was imprisoned for six months in Ruzyně in 1979 and then sentenced to two years of a suspended sentence for the subversion of the republic. She was also taken into custody during “Palach Week” in January 1989, when she attended memorial events on Wenceslas Square in Prague.

In November 1989, she played an important role in the foundation of Civic Forum and was later elected as a deputy of the Federal Assembly. In 1993, she participated in the foundation of the Advisory Centre for Refugees of the Czech Helsinki Committee. She is a member of the board of directors of the Committee of Good Will – Olga Havel Foundation. In 1990, she was awarded a prize from the international Catholic peace movement Pax Christi. She was awarded a Ist Class Medal of Merit by President Václav Havel in 1999 and the Central Europe Prize in 2000, as well as the Arnošt Lustig Prize in 2016.
czytaj więcej
21 - 25
«« poprzednia strona 1 2 3 4 5 6 następna strona »»