Andriy Richytsky was the pseudonym for Anatoliy Andriyovych Pisotsky, a Ukrainian politician, journalist, and literary scholar. He was born into a family of comparatively well off peasants, and studied at the Petrovsky agricultural academy in Moscow though he did not finish his fourth year. In the early days of the revolution of 1917, he joined the ranks of the Ukrainian Social Democratic Workers Party and became the organization's representative in the Ukrainian Central Rada. He maintained key positions despite the vicissitudes of the civil war period and in 1919 helped found the Ukrainian Communist Party, which acted independently of Ukrainian SDWP and also Russian communists.

In 1924, along with other members of the UCP, Richytsky joined the Communist Party of Ukraine (Bolshevik faction), finding common cause with Mykola Skrypnyk and vocally criticizing not only historian and politician Mykhailo Hrushevsky but also the writer Mykola Khvylyovy. From 1925 onward, Richytsky held a variety of editorial positions, taught at the Ukrainian Institute of Marxism-Leninism, and in 1930 began work on the Soviet Ukrainian encyclopaedia. In 1931, he edited what would become a controversial edition of Taras Shevchenko’s Kobzar, illustrated by the artist Vasyl Sedliar. The images included alongside Shevchenko’s poems drew on universal existential issues of the human condition under oppression. Nevertheless it would seem that both Sedliar and Richytsky were keenly aware of the famine raging in the Ukrainian countryside, making the content of the images politically problematic if not subversive. Richytsky was directly involved in grain procurement in Odessa in 1932-1933 and would have seen the crisis unfolding first hand. In June 1933, he was severely reprimanded by the party and he was removed from working on the Soviet Ukrainian encyclopaedia and his post on the editorial board of the paper Bilshovyk Ukrainy. In September 1933, he was arrested for alleged involvment in a Ukrainian military organization and active counterrevolutionary work aimed at toppling Soviet rule in Ukraine. In March 1934, Richytsky and seven others were tried in the same village in Odessa where he had been involved with grain procurement. He was sentenced to death and executed after a failed appeal, while the others were given long sentences in hard labour camps.

An agent with the cover name “Rolf Jenő” was recruited in January 1977. He worked as a photo laboratory assistant in a company in Cegléd. He undertook the service from patriotic commitment, so he was categorized as a so-called secret commissioned person. He photographed street actions in 1989 in Budapest. However, in Hungary, the freedom of assembly was guaranteed by the law as of January of 1989, but the secret police functioned by following old methods. The agents still observed an event by taking photos of the participants and their banners. These photos are kept in the Historical Archives of the Hungarian State Security (Állambiztonsági Szolgálatok Történeti Levéltára – ÁBTL).

czytaj więcej
Romsauer, Lajos
Dr Lajos Romsauer (1936-2011) was a psychiatrist and gay activist. He was an important member of the gay community in Budapest. Dr Romsauer was the president of the first Hungarian gay association, Homérosz. He also shouldered the responsibility to represent homosexuality and the homosexual community in public. As a psychiatrist, Romsauer also helped young adolescents who struggled with homosexuality, including helping them avoid being drafted by giving them medical certificates confirming that they were “homosexual” and thus suffered from a “psychic disorder.”
czytaj więcej
Roode, Henn

Henn Roode was an Estonian artist. He studied at the National Art Institute of Tartu from 1944 to 1947. In the autumn of 1947, he also studied at the Tallinn State Applied Art Institute. He was a member of the Tartu Circle, and was arrested with other members in 1949. He was sent to Lugovoilag in Karaganda, Kazakhstan. Freed in 1956, he returned to Estonia, and was able to complete his studies at the State Art Institute. He took part in exhibitions from 1959, and worked mostly as a freelance artist. He maintained relations with old friends, and his work was influenced by the style of the circle. From time to time, he also worked as a lecturer at Tallinn Pedagogical Institute. 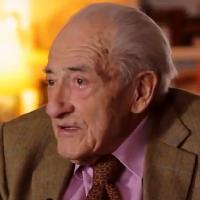 Pierre Rosetti was born in Bucharest in August 1927, in a family of Romanian intellectuals, a historic family, among the significant in modern Romania. His father, Ion Rosetti (1893–1971), who attended high school and Law School in Paris, was a lawyer and professor at the University of Bucharest. In 1950 he was excluded from the University without any retirement provision because he had studied in an ideologically opposite country to communist Romania, namely France. Pierre Rosetti attended the Dimitrie Cantemir High School in the capital and entered the Faculty of Mines and Metallurgy at the Polytechnic School in Bucharest. At the time of the establishment of the communist regime in the country, in 1948, he was a student in the second year. Facing problems in college because of his "unhealthy origins," he decided to flee the country along with two colleagues by crossing the Danube to Yugoslavia. After almost a year in Yugoslav and Bulgarian prisons, he managed to reach France. There he continued his studies at the École Nationale Supérieur des Mines de Paris, specialising in engineering. He worked in the fields of mining, metallurgy (special steels, alloys), the textile industry, electricity, and electronics. In 1967–1968 he was naturalised as a French citizen.