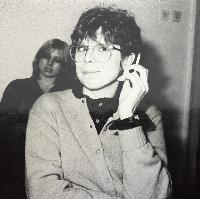 Lydia Sklevicky was born in Zagreb in 1952 and tragically died in Delnice in 1990. Sklevicky graduated with a degree in sociology and ethnology from the Faculty of Humanities and Social Sciences in Zagreb in 1976 and earned her master's degree in the sociology of culture with the dissertation "Women and Power - the Historical Genesis of an Interest" in 1984. Her unfinished doctoral thesis "Emancipation and Organization: The Antifascist Women’s Front and Post-revolutionary Social Change. (People’s Republic of Croatia 1945–1953)" was published as part of the book Horses, Women, Wars prepared by Dunja Rihtman Auguštin. She began working at the Institute for the History of the Labour Movement (today's Croatian Institute of History) in 1976, then moved to the Institute of Ethnology and Folklore Research at the end of 1988, where he worked until her death.

Croatian scholar and intellectual Lydia Sklevicky, in the opinion of Anamarija Štambuk Starčević, belongs among those people who are considered ahead of their time by contemporaries. Lydia was also a person of exceptional vigour and intellectual strength, who covered more topics in one decade of professional activity than numerous colleagues do throughout their entire careers. At the same time, she had a greater impact on society (Starčević Štambuk, interview March 1, 2018). Her research work encompassed social history, women's studies, gender anthropology and political rituals, but she made her greatest contribution to the study of the social history of women. Sklevicky was an active member of the professional associations of the Croatian Sociological Association and especially its section "Women and Society," the Croatian Ethnological Society, and the Nada Klaić Women's History Research Section at the Historical Society of Zagreb.

What Lydia Sklevicky meant to feminism in Croatia, especially in its beginnings, is reflected in Rada Iveković's words – “in the first years of our generation’s feminism, when we were exposed to criticism by the whole public, all political structures, our parents' generation, the media, most of our male colleagues (with a perplexing attitude and doubts only by those who wanted to rectify our thought) and many of our life companions – we had crazy fun and Lydia was one of the centres of our small mixed society” (Iveković 1995, 26).

The motives underlying Lydia Sklevicky’s feminist activity is evident in the text by Dunja Rihtman-Auguštin, who said that for her it was not “a personal motive that inspired feminist thought about life and society, but the possibility that the anthropology of women offered to overturn our deteriorated knowledge of that same life and order in society (and not just in the former, socialist society)” (Rihtman Auguštin 1995, 21). 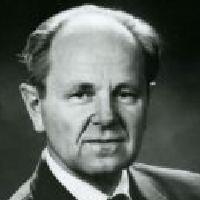 Vytautas Skuodis (1929-2016) was born in Chicago. His family moved to Lithuania in 1930. In 1948, he graduated from a gymnasium in Panevėžys, and in 1948-1953 he studied geology at Vilnius University. In 1953-1969, he worked as a researcher and manager in the all-union institute Hidroproekt, organising geological investigations for building various power stations in Latvia, Russia and Belorussia. In 1964-1968, he was a PhD student in Moscow, and obtained his PhD degree (in the Soviet research system, he was a ‘candidate of science’) in geology and mineralogy in 1969. In 1969-1979, he was a lecturer and associate professor at Vilnius University. He published 30 research articles. In 1972, he started his dissident activities.
In 1979, Skuodis joined the dissident organisation the Lithuanian Helsinki Group, which aimed to register violations by the Soviet regime, to inform society and Western countries about the condition of human rights in Soviet Lithuania, and to make written protests about violations of human rights. At the end of 1979, he was dismissed from his position at Vilnius University because of his anti-Soviet attitudes and activities. In 1980, he was arrested and sentenced to prison. KGB investigators used Skuodis’ collaboration with the underground publication Alma Mater, and initiating and editing the underground intellectual journal Perspektyvos, as criminal evidence against him. During its search of Skuodis’ flat, the KGB found the manuscript of his book Dvasinis genocidas Lietuvoje (Spiritual Genocide in Lithuania), which was added to the evidence against him.
At that time, Perspektyvos was the most sought-after underground publication among the Lithuanian intelligentsia.
The KGB monitored Skuodis, and he remained in jail until 1987. After that, he went to the USA, where he joined Lithuanian and international organisations involved in promoting the freedom and democracy movement in Eastern Europe. He gave a number of public lectures in the USA, Canada, South America, Australia and Europe. In 1987-1988, he met Pope John Paul II, and the US president Ronald Reagan. 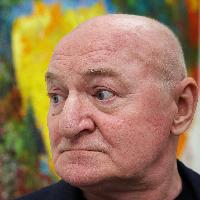 Otakar Slavík was a Czech painter. He studied for a professorship in painting at Charles University’s College of Education in Prague and afterwards made a living doing manual labour. He was one of the artists connected to the UB 12 group. His first solo exhibition was in Prague in 1964 and from the mid-1960s Slavík began to devote himself to painting and drawing. He met with the artists from the Křížovnik School. During Normalization he was banned from exhibiting his work and he turned once more to manual labour. He signed Charter 77 and decided to leave Czechoslovakia in 1980. He moved to Vienna and became a member of the Künstlerhaus art association. His works were exhibited abroad and in Czechoslovakia after 1990. Colour and the human figure were at the centre of Slavík’s work (which is why he is sometimes associated with the “new figuration”).

Dušan Slávik was born in Bratislava on January 10, 1922. During the Second World War, he participated in the Slovak National Uprising, was captured, and sentenced to death. However, he managed to flee and in the spring of 1945, he joined the Czechoslovak army fighting alongside its allies. After the war he graduated from the Faculty of Law of Comenius University in Bratislava. In 1949, for the second time in his life, he was sentenced to death for political reasons, allegedly for spying and treason. His punishment was later changed to life, and in 1960 he was granted amnesty. While in prison, he was trained in using a lathe and upon leaving prison, he worked as a manual labourer; only at the time of political liberation in 1968 was he allowed to become a lawyer. He worked as a corporate lawyer in the construction company Investprojekt only until the beginning of normalization, he was still referred to the workers' profession, and later he managed to become a lawyer for the newly established SOS villages. Dušan Slávik joined the political prisoners club K 231 in 1968. In 1988 he belonged to the founding personalities of Masaryk's Society in Brno and at the end of 1989, he participated in the re-establishment of the CSSD. He died on April 19, 1992 in Brno.

Patty Smith (1946-) is an American singer, writer, and artist. She was very influential in the New York City punk rock movement. She belonged to the New Wave music trend, which was self-reflective and had a considerable impact on similar approaches in Hungary.