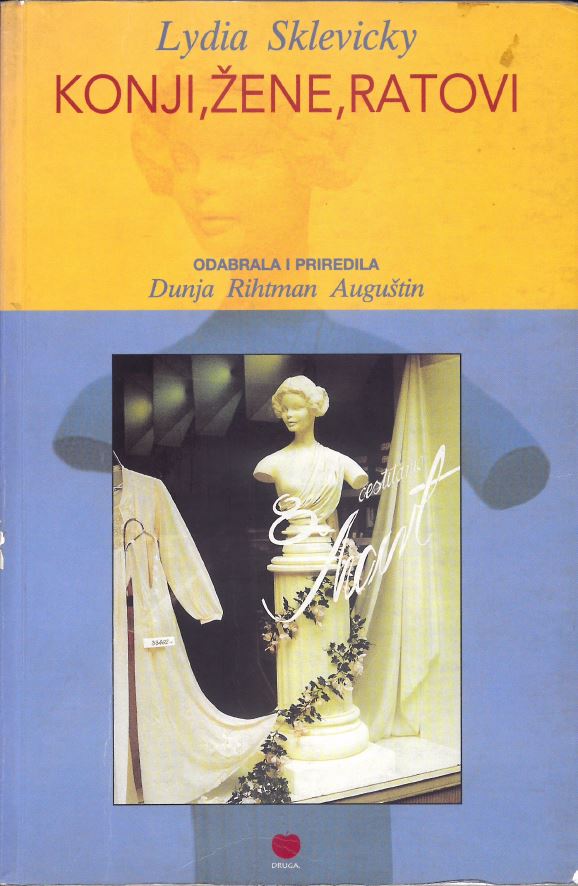 Horses, Women, Wars was published in Zagreb in 1996, and it's based on an unfinished Ph.D. dissertation by Lydia Sklevicky, which is kept in the documentation section of the Institute of Ethnology and Folklore Research, as well as articles Sklevicky published in scholarly journals and popular periodicals which can be found in the Institute's Library as a part of the collection left by Sklevicky.

The book was prepared by Dunja Rihtman Auguštin, a friend and mentor of Lydia Sklevicky, a person who was most familiar with Lydia's work and also an expert in the field of the social anthropology of women, interdisciplinary research and theoretical approaches to cultural anthropology.

According to Dunja Rihtman Auguštin, the most important thing about the book Horses, Women, Wars, and about the work of Lydia Sklevicky, was that “she was able to fathom the methods and political pressures employed by the Yugoslav ‘revolution’: by declaratively supporting cultural and social change and the ‘emancipation of women’ for almost half a century, it mobilized women and with the help of ‘their’ organization provided support, i.e. power, to the political elites“ (Sklevicky 1996, 7-8).

Sklevicky believed that the re-marginalization of women after World War II was the result of the ambivalent attitude that the "whole communist movement expressed towards women," and which is reflected in the framework of the revolutionary tradition and general emancipation as the goal of social and political revolution, anti-traditional and anti-patriarchal values are the only possible perspective from which to observe the position of a woman. However, from the standpoint of practical tasks conducted by the country’s management organizations and the functioning of a new emerging order, traditional values, as an ingrained mechanism of social self-regulation, are far more efficient "(Sklevicky 1996, 57).