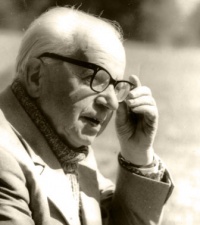 Juozas Keliuotis (1902-1983) was a famous Lithuanian intellectual in the Catholic movement. He was founder of the journal Naujoji Romuva in 1930, and its editor-in-chief until 1940. After the beginning of the Soviet occupation, he was sent to Siberia as a political prisoner. After his return to Lithuania, the KGB still followed his every move, trying to force him to collaborate with the Soviet regime. Keliuotis refused to collaborate, becoming a well-known figure in the cultural opposition in Lithuania. KGB documents from the collection demonstrate the efforts by Soviet state security to break his anti-Soviet network. The KGB finally succeeded in 1972, and he agreed to make a public denunciation of his past ‘bourgeois’ activity. It was even presented to the Central Committee of the All-Union Communist Party by Yuri Andropov, the head of the KGB of the USSR, as a clear victory against the ‘nationalist intelligentsia’. Keliuotis’ case shows clearly the limits to freedom and self-expression under the Soviet regime.
The document is the KGB operational plan for working against Juozas Keliuotis.