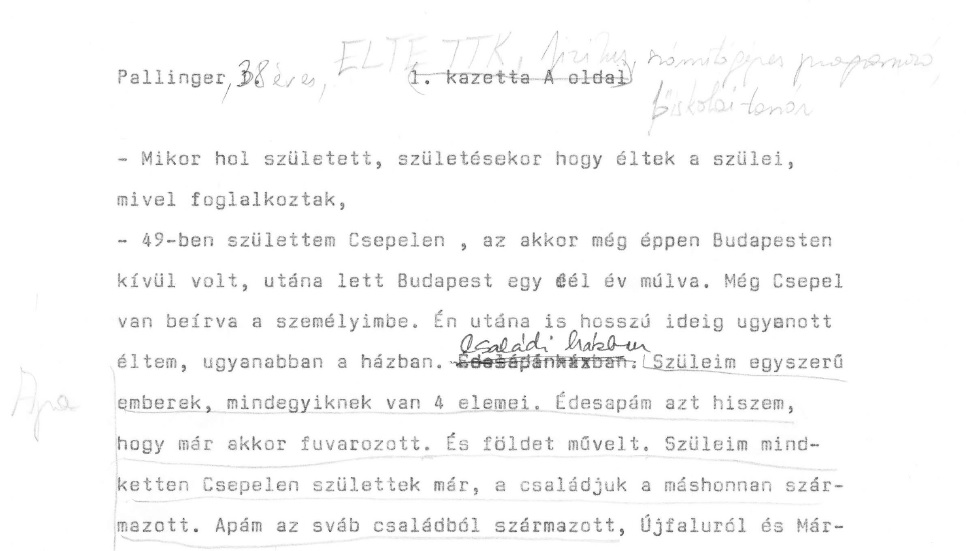 The basis of this interview, which was done in 1987, is a discussion with a 38-year-old physicist and computer programmer. The man speaks about the story of his life, including his relationships with his family. He speaks of some of the symptoms of social deviancy in the world in which he lived: his peasant origins, his father’s alcoholism, and his wife’s mental illness. The 82-page text includes the unnamed interviewer's handwritten notes and underlining. The document is in the Archive of the Voices of the Twentieth Century number 409_14_1_25_1).