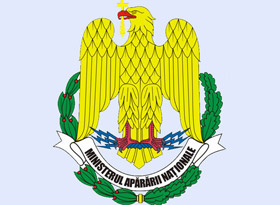 The Ministry of National Defence (MApN) is a specialised body of the central public administration, directly subordinated to the government. Its mission is to manage activities in the field of national defence to guarantee the sovereignty, independence, and unity of the state, the territorial integrity of the country, and its constitutional democracy. The organisation of the Ministry of National Defence dates back to the nineteenth century and the establishment of the modern Romanian state. After the communist takeover, beginning in 1948, the communist party ensured its control over the army though the newly created political-military structure called the Superior Political Directorate of the Army and in 1950 the ministry was renamed the Ministry of Armed Forces. Romania was a founding member of the Warsaw Treaty Organisation and its troops participated in common exercises with other members of the Eastern bloc. Following the invasion of Czechoslovakia, the national defence system was reorganised to include paramilitary units, and in 1972 the ministry returned to its previous designation, Ministry of National Defence. The army played an important role in repressing the popular revolt that led to the overthrow of the communist regime in December 1989, but later fraternised with the anti-communist demonstrators. In 2004, Romania joined NATO and Romanian soldiers began to participate in NATO-led peacekeeping operations in Iraq and Afghanistan, and in other military operations in the fight against terrorism. The Ministry of National Defence is accountable to the Parliament, the Government and the Supreme Council for National Defence (CSAT) for the implementation of the provisions of the Constitution, the decisions of the Government and of the CSAT, and the international military treaties signed by Romania.