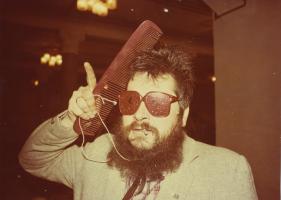 The collection is made up of the papers of the avant-garde multimedia conceptual artist Hardijs Lediņš (1955-2004). It reflects his activities, and those of his collaborator Juris Boiko (1954-2002), as well as a number of their friends who were at the centre of alternative culture in Latvia in the 1970s and 1980s.