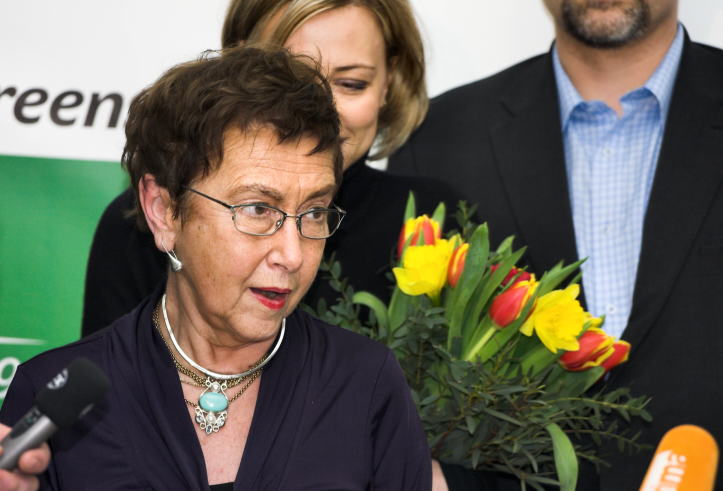 Jiřina Šiklová is a Czech sociologist and journalist and is one of the most significant figures from the resistance against the communist regime. She was born on 17 June 1935 in Prague, her father worked as a physician and her mother as a teacher. After her graduation from the Charlotte Masaryk Grammar School, she went on to study history and philosophy at Charles University’s Faculty of Arts in Prague. She married in 1956 and has two children – a son and a daughter. In 1956, after the 20th Congress of the Communist Party of the Soviet Union and criticism of the personality cult of Joseph Stalin, she joined the Communist Party of Czechoslovakia. In the mid-1960s, Šiklová co-founded the Department of Sociology at Charles University Faculty of Arts in Prague; she studied youth and the student movements. She actively participated in the Prague Spring and supported the reformist tendencies within the Communist Party. In 1968, Šiklová signed the “Two Thousand Words” manifesto and left the Communist Party the following year. In the same year, 1969, she was one of the first academics to be dismissed from Charles University. During the period of Normalization, she was unable to find a professional job due to her political involvement and, therefore, worked as a cleaning lady and later as a social worker in the geriatric ward of the Thomayer Hospital in Prague. From the beginning of the 1970s, she co-operated with Petr Pithart in smuggling samizdat and exile literature. She continued to organise this smuggling herself from 1977 until May 1981, when the operation was exposed and Šiklová and other people were accused of subverting the republic. All the accused were discharged without a trial after a year, however, the prosecution of the group “Šiklová a spol.” (Šiklová et al) did not end until December 1989. After her return from prison in spring 1982, Šiklová (together with Vilém Prečan and Wolfgang Scheur) re-established the smuggling of banned literature, which she continued to do until November 1989. Jiřina Šiklová signed Charter 77.

After November 1989, she founded the Department of Social Work at Charles University Faculty of Arts in Prague; she was the head of department until 2000. She also founded the Gender Studies information centre and library in Prague. In 1995, Šiklová was awarded the Woman of Europe Award in Brussels for her contribution to European integration. In 1999, she was awarded the Ist Class Medal of Tomáš Garrigue Masaryk. In February 2000, Šiklová was awarded the Medal of Alice Masaryková for her contribution to the development of social work in the Czech Republic. She has published dozens of texts in both foreign and domestic scientific journals and was the chair of the Masaryk Czech Sociological Association.