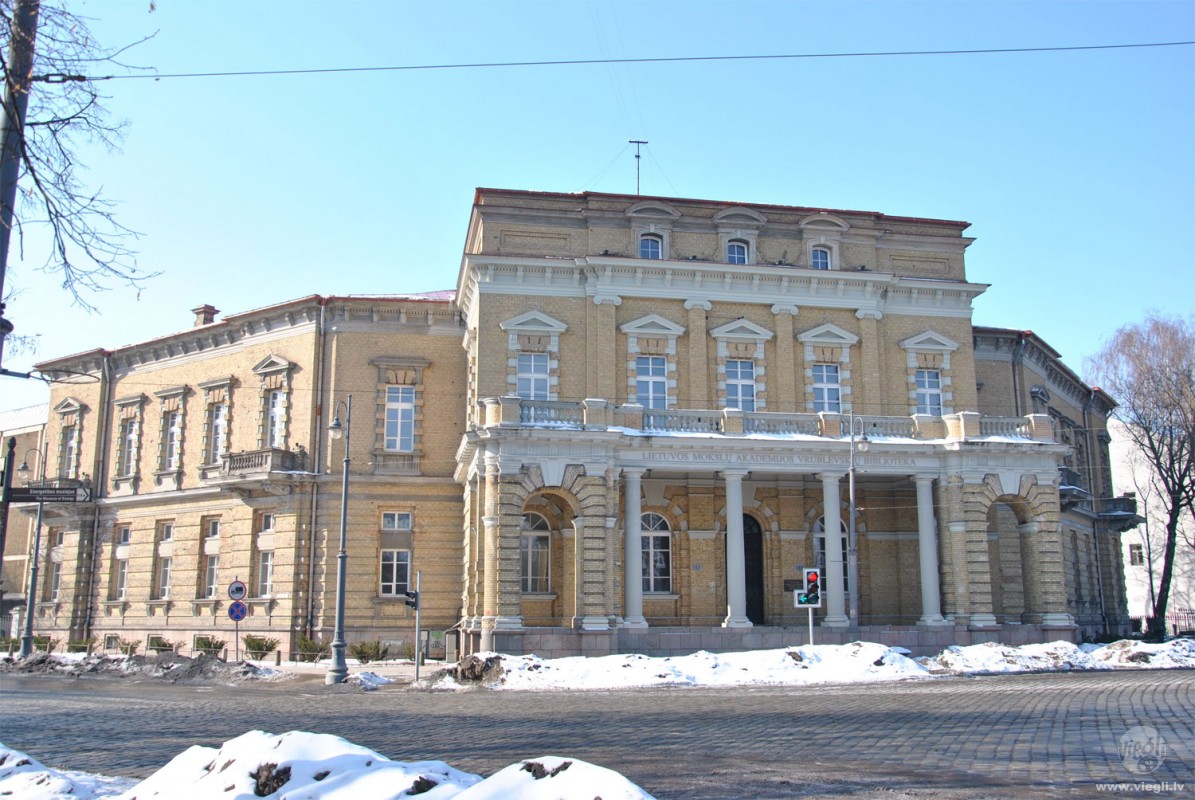 The Wróblewski Library of the Lithuanian Academy of Sciences went through several periods of development. It was founded in 1912 by the famous Vilnius lawyer, public figure and bibliophile Tadeusz Stanisław Wróblewski (Tadas Stanislovas Vrublevskis, 1858–1925).

In January 1941, the library became the Central Library of the Academy of Sciences of Soviet Lithuania. The Central Library provided all possible assistance to institutions of the Academy of Sciences for scientific research, supplying them with scientific literature and bibliographical publications, propagating research literature from the Soviet Union and foreign countries, and carrying out research and methodological studies in book science, bibliography, etc. In 1941, the library’s stock totalled 380,000 documents. In 1945, it came to 500,000 documents. In 1960, it was 1,508,000 documents. And in 2009, it was 3,784,000 documents. In 1945, the library had 67 readers. By 1960, this number had grown to 2,300. And in 2009, it was 9,595.