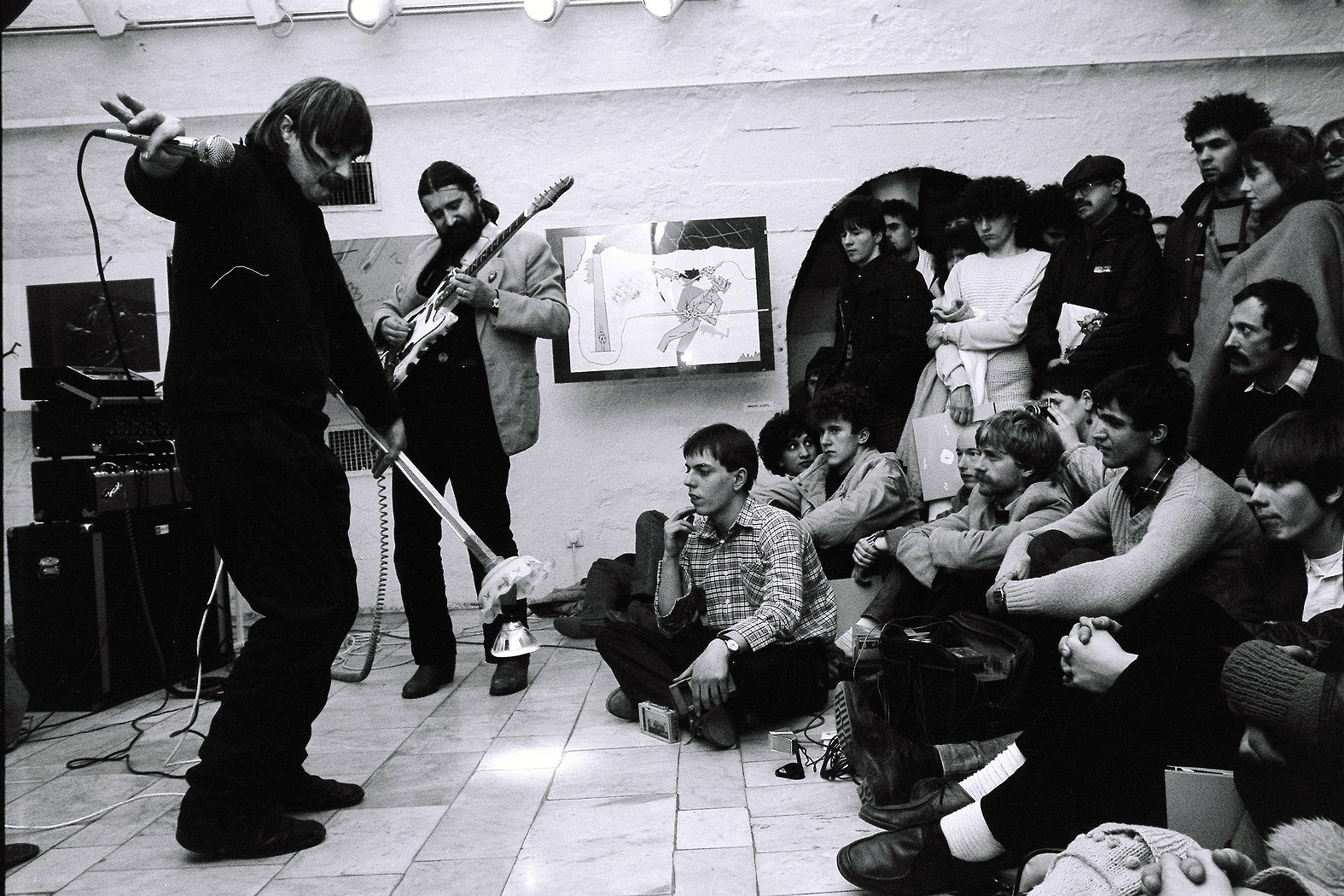 Artists István Ef Zámbó, László Fe Lugossy, and András Wahorn were members of both the Lajos Vajda Stúdió in Szentendre and the important art punk band of the 1980s, Bizottság (Committee). They performed as the occasional band Neoszarvasbika [NeoStag] before the opening of their exhibition in Pécs. The photo shows Fe Lugossy singing and Wahorn playing the guitar. In the center of the picture, there sits Péter Hardy among the audience. He is recording the concert on tape. Live recordings of underground bands were disseminated on amateur tape recordings, in part because there was no other means of spreading music in the 1980s. Péter Hardy (1964-2008) was a well-known figure of the Pécs underground art scene. He was a singer and the author of lyrics for songs played by several bands, including Bizonytalanság (Uncertainty), Gruppensex, and later the Pécsi Underground Forum (PUF). Hardy was also active in theater, particularly, alternative and street performance.