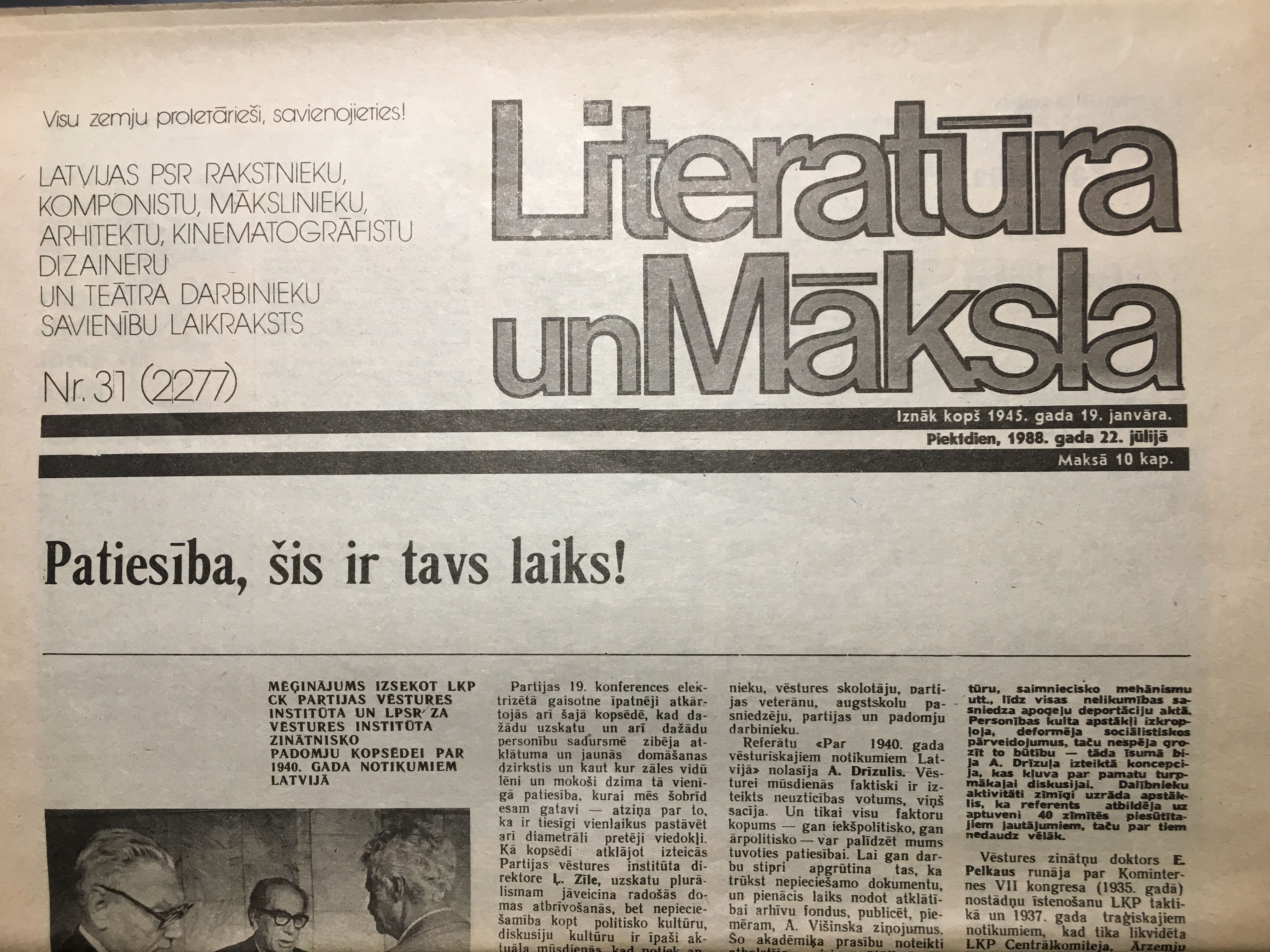 Literatūra un Māksla (Literature and Art) was a weekly journal published from 1945 by the creative unions (the Soviet Latvian unions of writers, composers, artists, architects and cinematographers, as well as the Theatrical Society). Although it was closely monitored by the Central Committee of the Latvian Communist Party, at some points in its existence from the mid-1950s the weekly became a platform for comparatively free and lively discussions, not only on artistic and intellectual matters, but also on public matters. The periodical ceased to exist in November 1994. Some documents about the 1958 protest campaign against the construction of the Pļaviņas HES were kept in the editorial office, and they were given to the Museum of the River Daugava, as well as many protest letters that were sent to the weekly by protesters against the construction of the Daugavpils HPP in 1986.