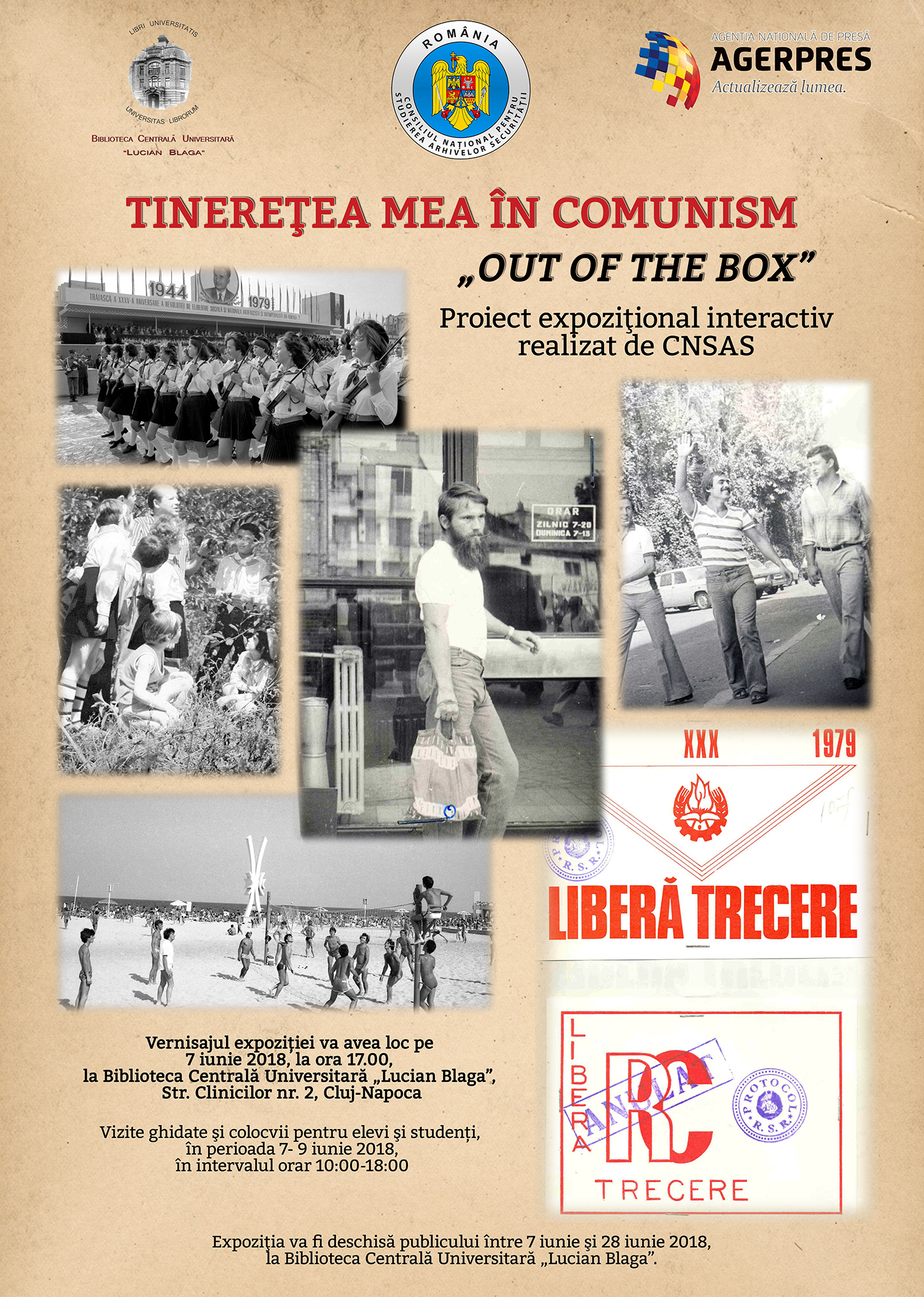 The exhibition “My Youth in Communism” aimed at providing a comprehensive image of the everyday life of young people in communist Romania during the 1970s and 1980s. Given the specific nature of the institution which organised the event, the CNSAS, the exhibition highlighted the methods and techniques used by the Securitate in monitoring young people’s leisure activities, such as staking out, informative surveillance, phone-tapping, and illegal interception of private correspondence. The exhibition also described the preventive measures, such as warnings, so-called positive influencing talks, public debates on their alleged deviant behaviour, and forceful dissolution of groups, which the secret police used to employ in order to limit the influence of Western culture on Romanian youth. Many young people came under surveillance after they listened to Cornel Chiriac’s programmes and attempted to get in touch with him through letters. As a result, the exhibition contained documents from the informative file on Cornel Chiriac and also letters that Romanian young people sent to him at the address of the Romanian desk of Radio Free Europe. For more on the exhibition, see http://www.cnsas.ro/documente/evenimente/2018.06.05%20Comunicat%20de%20presa.pdf