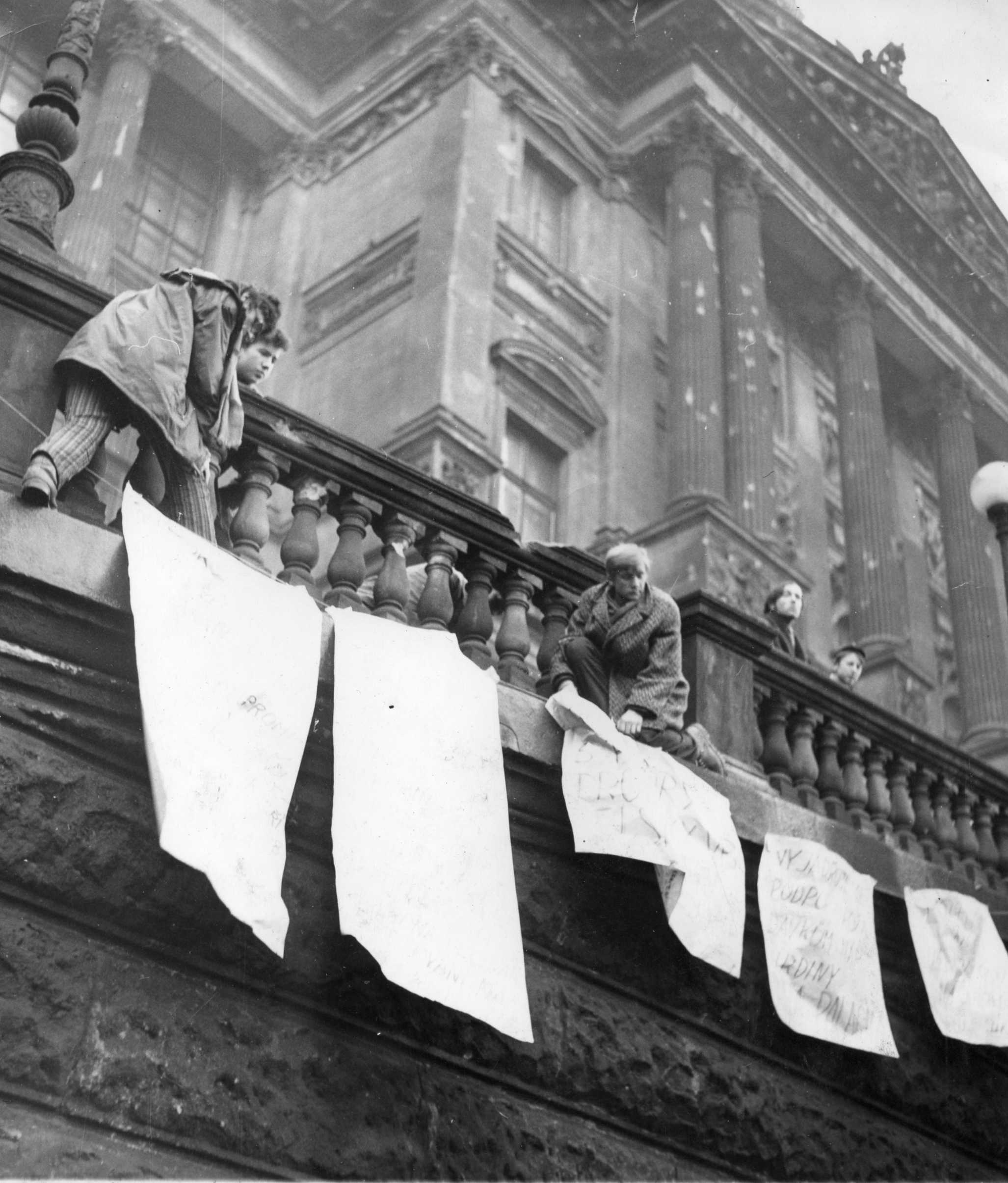 The Movement of Revolutionary Youth was founded on 2 December 1968, a few months after the occupation of Czechoslovakia by the Warsaw Pact troops. It emerged not only in reaction to the political events in Czechoslovakia, but it was also influenced by the students’ activism in Western Europe. The Movement united, above all, university students, but there were also intellectuals and workers among his members; Petr Uhl, Petruška Šustrová, Ivan Dejmal, Sibylle Plogstedt, Peter Lukačovič, Felipe Serrano, Pavel Šremer, Jan Frolík, Jaroslav Bašta, Jaroslav Suk, Radan Baše and many others belonged to the Movement. The Movement was influenced by the ideas of the New Left that also inspired the radical left protest movement in the West. The goal of the Movement was to eliminate bureaucracy, to abolish the state and to replace it by self-governing socialism. However, historian Jaroslav Pažout points out that rather than the ideological dimension, it was “the possibility to oppose the upcoming Normalization resolutely” that was pursued by the Movement.

The Movement’s members proclaimed the necessity of active resistance, but with regard to the situation, they realized that the most appropriate form of fighting was actually passive resistance. Movement members studied the works of New Left theoreticians; some members even personally met left militants in the West. They published leaflets and other printed matters or news about the situation in Czechoslovakia and within the Movement itself, which were dispatched abroad. Their reports were later published in French, West German and British (leftist) papers. Moreover, they also organized events, or pranks, in public spaces. The State Security managed to infiltrate the Movement and during the winter of 1969 to 1970 almost twenty members were arrested. The trial began in March 1971 and was widely covered by foreign media. Sixteen defendants were condemned; Petr Uhl received the most severe punishment – four years of imprisonment. The trial provoked protests all around the world, especially among the radical left. It was denounced by, among others, Jean Paul Sartre and Ernst Bloch. There were demonstrations for the support of the convicts in many European as well as American towns. Jaroslav Pažout notes that the importance of the Movement lied in the fact that its members “were among the first to actively oppose Husák’s Normalization regime”. The activities in the Movement were also, for many of its members, “a valuable experience for their later work in the oppositional structures”.