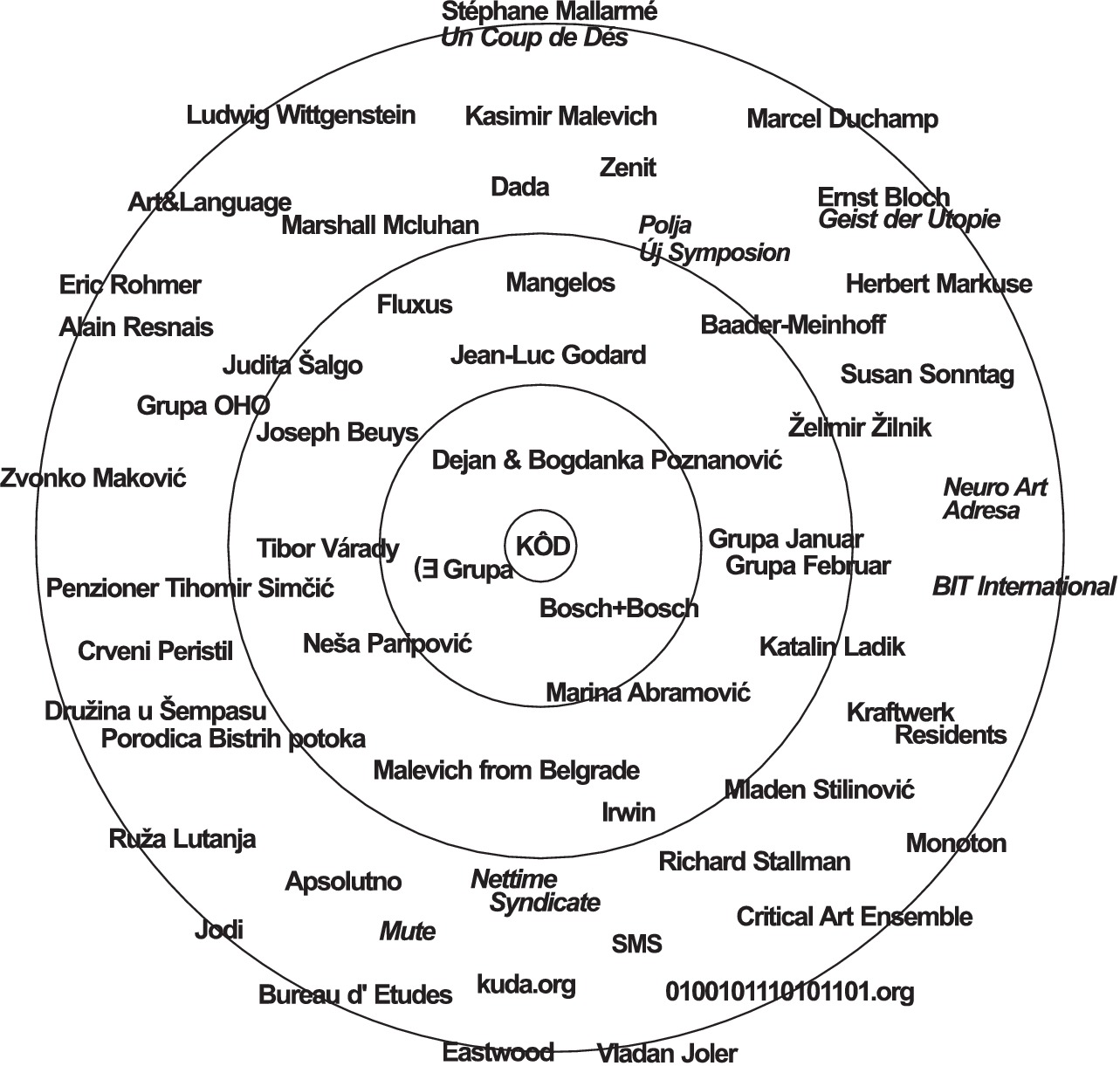 The collection refers to The Continuous Art Class, The Novi Sad Neo-Avantgarde of the 1960s and 1970s, an exhibition that took place in the Museum of Contemporary Arts Vojvodina in Novi Sad from 18 November to 3 December 2005. The exhibition was a part of a long-term project titled The Continuous Art Class, a symbolic sequel to Public Art Class, an action realized by active members of the Novi Sad conceptual art scene on the Danube Quay in Novi Sad in 1970.

The exhibition hosted artwork of different individuals and groups from that period, included video documentation and reference publications and was realized in wallpaper format. The members of New Media Center_kuda.org from Novi Sad curated the exhibition.